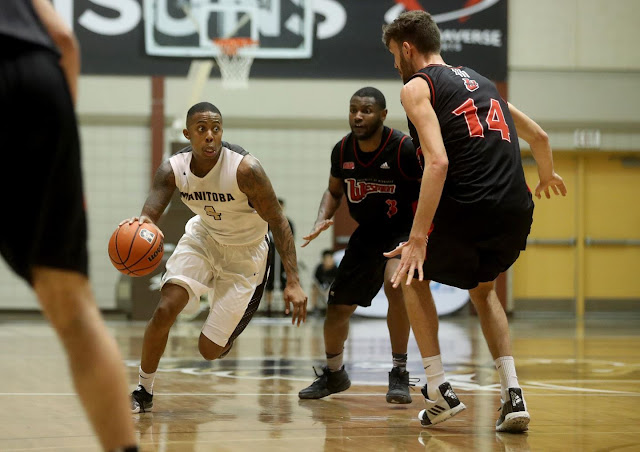 One of the biggest rivalries in Winnipeg sport renews this week, as the University of Manitoba Bisons and University of Winnipeg Wesmen conclude the 29th annual Duckworth Challenge.

This season, Manitoba currently holds a 1-0 lead after winning in women's soccer (2-0) back on October 10. The best-of-five series also includes men's and women's volleyball and men's and women's basketball, which both take place this week.

Manitoba will host the basketball portion of the challenge on Thursday, November 21 at Investors Group Athletic Centre (IGAC). The Bisons and Wesmen women compete at 6 p.m., with the men following at 8 p.m.

"The Duckworth Challenge is a seasonal highlight for our student-athletes," says Gene Muller, Director of Athletics and Recreation.

"Our rivalry with the U of W spans many decades and we are looking forward to resuming 'hostilities' this week. It is always a great occasion for us to welcome the Wesmen teams and supporters to the U of M. Having lost a close Duckworth Challenge last year, our teams are eager to restore the natural order."

Winnipeg hosts the volleyball portion of the challenge on Friday, November 22 at the Dr. David F. Anderson Gymnasium (Duckworth Centre). The women play at 6 p.m. and the men at 7:45 p.m.

All the games during the 29th annual Duckworth Challenge will count in the Canada West standings, as they are conference regular-season matches.

For more information on the Duckworth Challenge, including history, formation, and tie-breaker format, visit our information page.