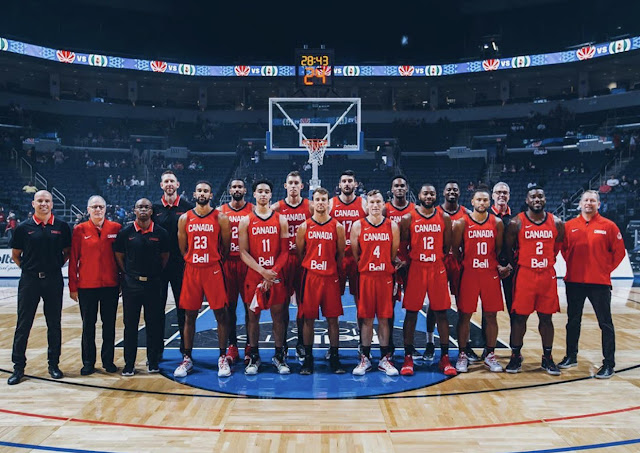 CBC Sports and Canada Basketball announced today a partnership that will see live streaming coverage of four exhibition games played by Canada’s Senior Men’s National Team between August 16 – 21, available on CBC Sports platforms and the free CBC Gem streaming service.  These will be the first games played since the team was in Winnipeg on Friday, August 9 at Bell MTS Place where they hosted Team Nigeria as part of a 2-game home series.  The above photo was taken just prior to the game at Bell MTS Place.

The four games will stream within Canada at cbcsports.ca, CBC Gem, and via the CBC Sports app for iOS and Android devices.

In addition, coverage of Canada’s game on Saturday, August 17th will be broadcast as part of weekly staple Road to the Olympic Games, beginning at 4 p.m. ET (1 p.m. PT) on CBC and CBC Gem.

“Canada Basketball is excited to partner with CBC Sports to carry our upcoming Australian exhibition games on CBC Sports’ website and app. The International Basketball Series in Australia will be an important step for our team as we continue to prepare for the FIBA Basketball World Cup 2019,” said Glen Grunwald, President & CEO, Canada Basketball.

Canada is heading back to the World Cup for the first time since the 2010 FIBA World Championship after finishing the FIBA Basketball World Cup Americas Qualifiers with a 10-2 record to lead Group F.