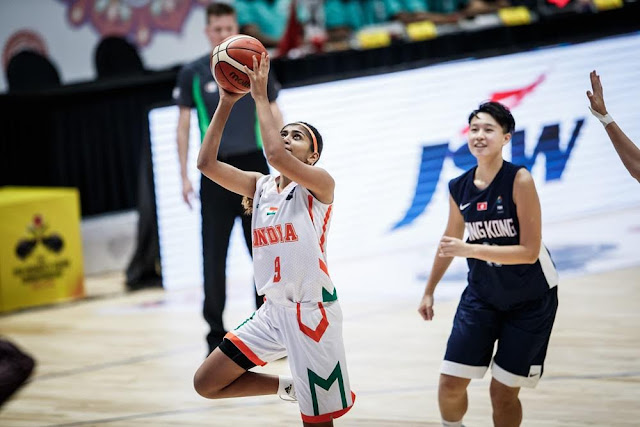 Tanya McKay has gone the international route to add to her Winnipeg Wesmen roster.  The head coach of the Wesmen women’s basketball team has announced the commitment of 19-year-old Srishti Suren of Chennai, India, and a member of the Indian national program.  Suren will enroll in Psychology and plans to minor in neuroscience. She will have five years of eligibility.

Suren has experience competing for India’s national team, competing at the U16 Asian championship in 2015 when she averaged 7.0 points and 8.2 rebounds per game, and then at the 2016 U18 championship, where she averaged 2.5 and 4.5.

Suren was recruited to play for NCAA Division I San Francisco for last season but was unable to pursue a roster spot because of commitments to her national team, which competed at the 2018 U18 Asian championship.

Now she’s landed in Winnipeg, in part thanks to a connection from a former player of head coach Mike Raimbault’s. Inderbir Gill was the MVP when Raimbault coached the University of Northern British Columbia to a college title in 2010. Gill has coached Suren and mentioned the opportunities that exist in Canada, with Winnipeg being among them.

From there, McKay took over the recruitment and quickly had Suren sold on making UWinnipeg her next basketball home.

“We’re getting a kid who’s played FIBA international, has a lot of basketball under her belt and has travelled the world so she’s not afraid to leave to play,” McKay said. “She comes here with five years of eligibility, so I think the timing is great for the program.”

Suren said she likes to play an up-tempo style and is comfortable shooting the ball from the perimeter. At 5-foot-11, believes she can bring stretch-forward skills to the Wesmen as well as experience in the FIBA game.

“I feel my international experience has given me more confidence to face the court globally and taught me how important communication on and off court with my team is,” she said. “Playing internationally has also developed my friendship skills on and off the court, which I will help me have a good understanding with my teammates. I’ve been wanting to fly high in life and I think this is one step closer to my dreams of playing in one of the top basketball leagues in the future.”

McKay is excited about the potential element Suren will bring to the program.
“She just plays so athletic,” McKay said. “She can hit the three, she can drive, she defends well and uses her length. She’s a kid who’s played a lot of basketball and I think that’s contagious. She’s coming to play basketball, so she’ll help elevate practices and be driven to compete.”