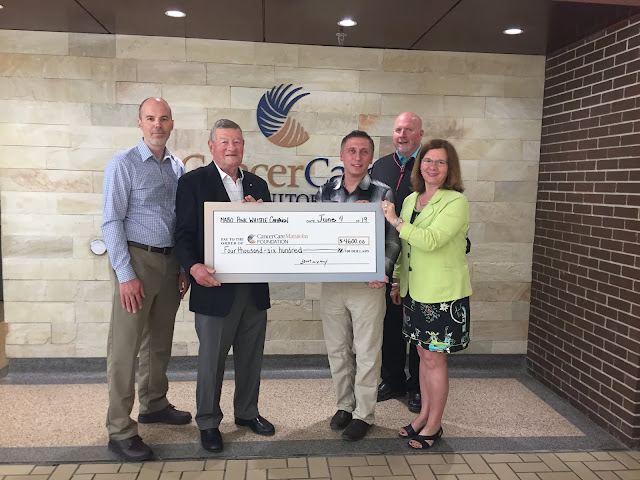 This year, Manitoba Association of Basketball Officials (MABO) participated in its 9th annual ‘Call a Foul on Cancer’ Pink Whistle Campaign in support of CancerCare Manitoba Foundation. All MABO officials who donated a game fee were encouraged to wear their pink whistles for the month of February to show their support during all levels of basketball in the Province.

This season that 115 MABO officials have confirmed their donation and participated in this year’s campaign. The Board would like to thank the following associations/regions for their contributions:

This year, Portage Association of Basketball Officials (PABO) lost one of their key officials for the last twenty (20) years, their beloved ‘Auntie’ Sheila Henderson. Sheila was a high school player in Portage, a CIS Player with the Brandon University Bobcats, a coach in Portage where she returned to teach and live with her husband Rick, and a PABO official for many years. As an official, Sheila’s professionalism, passion for the game and commitment to gaining a deep knowledge of the rules made her a leader in PABO and MABO, refereeing in many MHSAA Provincial Tournaments. This year’s contribution to Manitoba CancerCare is given in honour of and in the name of ‘Auntie’ Sheila.  Read more about Sheila...

Along with significant act of remembrance, MABO acknowledges all those who in the Manitoba basketball community at any level or involved in the game in any capacity, and their loved ones, who have passed away due to Cancer. Also, MABO commits to do its part to continue to ‘Call a Foul on Cancer’ and do its part to contribute to Manitoba CancerCare.