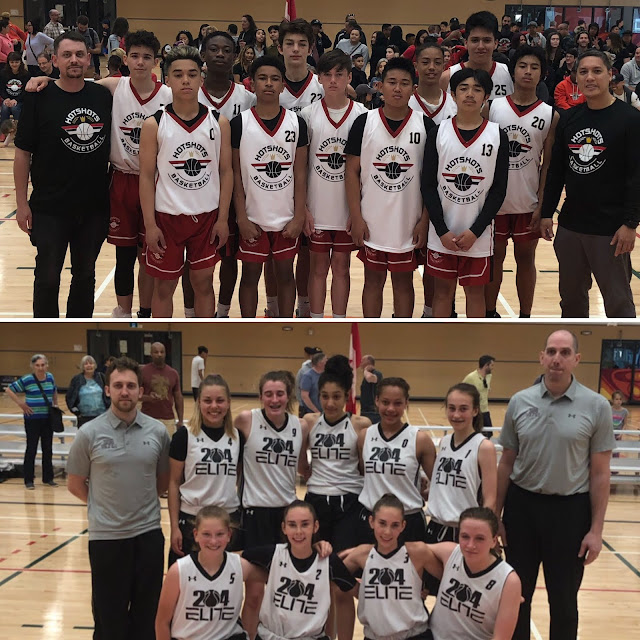 This weekend will see the 2nd annual Jr NBA Canadian National Championships hosted in Toronto featuring the top 5 teams from across Canada.  Representing the Prairie Region will be the Winnipeg Hot Shots and 204 Elite Basketball Clubs. They earned a spot in the National Championships be defeating their Saskatchewan counterparts on June 1 at the Canada Games Centre in Winnipeg. The winning male and female teams from the Canadian Championships will move on to Orlando later this August to play in the Jr NBA Global Championships.    The schedule for the weekend is below.

Good luck to both Manitoba teams! 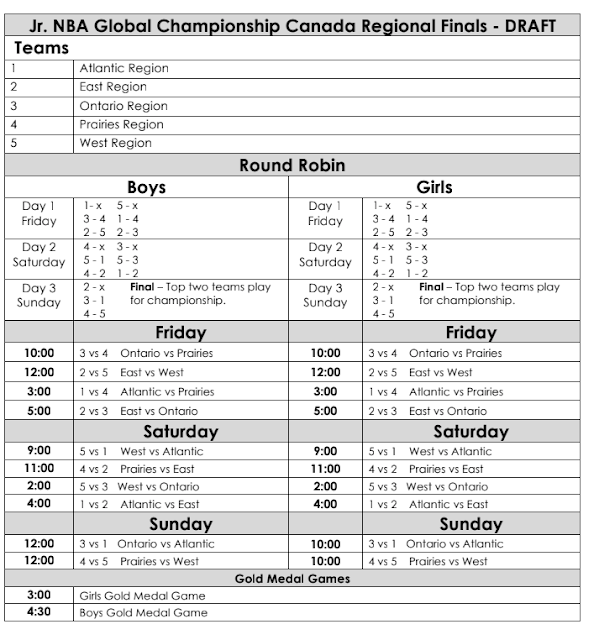 TORONTO, ON (May 3, 2019) – The National Basketball Association (NBA) and Canada Basketball today announced the dates and locations of Canadian qualifying tournaments for the second Jr. NBA Global Championship.  Provincial club teams made up of 13- and 14-year-old boys and girls will compete in regional qualifying tournaments for the chance to represent Canada at the second annual global youth tournament, which will be held Aug. 6-11 at ESPN Wide World of Sports Complex at Walt Disney World near Orlando, Fla. 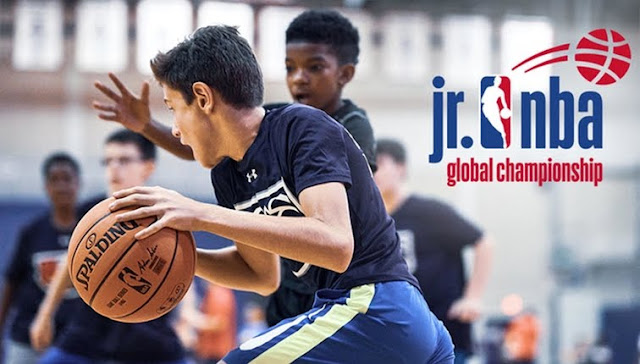 The four winning teams and Ontario will compete at the Jr. NBA Global Championship Canada Regional Finals at the Toronto Pan Am Sports Centre from June 13-16, which will see the winning teams represent Canada in Orlando against top boys and girls teams from around the world.

Last year, Denver Nuggets’ Jamal Murray made a surprise appearance at the first Jr. NBA Global Championship Canada Regional Finals in St. Catharines, meeting with players and coaches and sharing inspiring stories from his journey from Waterloo to the NBA.

“Enthusiasm for the Jr. NBA Global Championship in Canada continues to grow, as thousands of boys and girls will compete again this spring for the chance to represent Canada on the global stage in Orlando,” said Dan MacKenzie, Managing Director, NBA Canada.  “The NBA and Canada Basketball are proud to continue providing best-in-class basketball development opportunities to youth across the country.”

Gatorade will once again support the Jr. NBA Global Championship in Canada, expanding their programming across the country.  At regional tournaments, the NBA will recognize the players who best exemplify the Jr. NBA’s core values – Teamwork, Respect, Determination and Community.  In addition to presenting the Determination Award, Gatorade will help to fuel athletes with sideline product and highlight elite Canadian basketball through custom content that features teams as they advance through the qualification process.

During the 2018-19 season, the NBA and its teams plan to reach more than 51M youth in 75 countries through league play, in-school programming, clinics, skills challenges, and other outreach events.

All coaches participating in the Jr. NBA Global Championship Canada Regional will be required to be trained in Canada Basketball’s National Coaching Certification Program and require a background check.  The qualification process is in line with Long Term Athlete Development and safety in sport principles with implemented minimum playing time and no zone rules.  Games will follow FIBA rules adjusted to eight-minute quarters due to the age and stage of development.  Youth at the Jr. NBA Global Championship will not only compete on the court but will also receive off-court life skills education and participate in NBA Cares community service projects.

About the NBA
The NBA is a global sports and media business built around four professional sports leagues: the National Basketball Association, the Women’s National Basketball Association, the NBA G League and the NBA 2K League.  The NBA has established a major international presence with games and programming in 215 countries and territories in 50 languages, and merchandise for sale in more than 100,000 stores in 100 countries on six continents.  NBA rosters at the start of the 2018-19 season featured 108 international players from 42 countries and territories.  NBA Digital’s assets include NBA TV, NBA.com, the NBA App and NBA League Pass.  The NBA has created one of the largest social media communities in the world, with 1.6 billion likes and followers globally across all league, team, and player platforms. Through NBA Cares, the league addresses important social issues by working with internationally recognized youth-serving organizations that support education, youth and family development, and health-related causes.