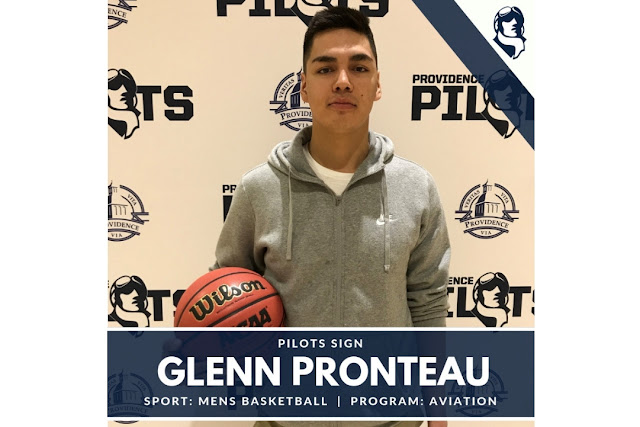 Head coach, Pierre Dubreuil has announced another signing for the 2019-2020 basketball season. Standing at six foot three inches, Glenn Proteau is a shooting guard from Thompson, Manitoba and intends on studying in the aviation program here at Providence.

“I'm looking forward to returning for my second year under a new coach and new team,” said Glen, “Excited to learn and grow as a person and a player, and meet the teammates. I'm also thankful and happy for the opportunity to come back to continue my education while playing the sport I love. Thrilled to see what this year will have in store for me.”

Coach Pierre commented on the newest recruit by saying, “The Men’s Basketball team just got better with the addition of Glenn on the Shooting Guard position! Glenn played his first year of College basketball under coach Friesen 1 year ago and took a year break after that. He’s a sharpshooter, able to hit from every spot on the court. At 6’3” not only he can shoot over some defenders, but he can also defend multiple positions on the court, which is a real asset for us. Glenn will join returning player DeMar Kraus on the Shooting Guard position. I’m sure they both will be able to stretch the defences with their shooting skills. The Men’s Basketball program is still looking for a third addition on this particular position. Prospects can reach me by email: pierre.dubreuil@prov.ca"