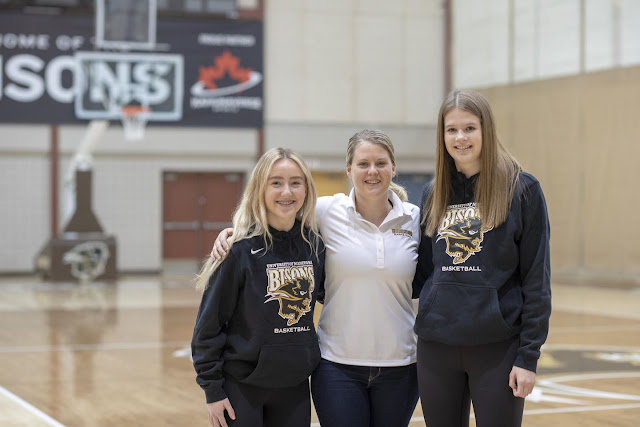 The Manitoba Bison women's basketball team have announced two Winnipeg-based recruits for the 2019-20 season, as Oak Park student-athletes Lauren Bartlett and Emily Johnson are set to join the team.

"Our program is very excited to announce the commitment of Lauren and Emily for the next five years," said Bisons head coach Michele Sung. "They are top local products and are coming off arguably one of the greatest runs in Manitoba high school basketball history. They have had success at every level and they know how to win; on top of that they are outstanding people, high academic achievers, and are very active within the community." 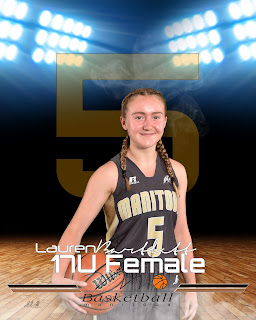 Bartlett, 17, is a 5'4" point guard from Winnipeg and was the No. 1 ranked girls' basketball player in the province for the 2017-18 season. She joins her older sister Deidre on the Bisons, who enters her third year of play in 2019-20. Bartlett was the Athlete of the Year at Oak Park in consecutive years from 2015 to 2019, and was a Basketball Manitoba AAAA Girls' Graduating All-Star this season, as her team finished off a third straight provincial title.

In provincial play with Team Manitoba, Bartlett was the captain of the 2017 Canada Games team that won a bronze medal. She has also been active in the community and classroom, as the co-president of the Oak Park Student Council and an active volunteer at Deer Lodge Centre. For her work, she earned the Female Ron Meyers Leadership Award from Basketball Manitoba this past weekend.

"Lauren is a hard-working, natural point guard," said Sung. "She has a great feel for balancing scoring and creating opportunities for others. She can shoot the ball well from long range and uses change of pace well — she is fun to watch and I think anyone who has had the opportunity to see her play instantly knows how competitive and determined she is."

"I am very excited to be a part of Bison women's basketball for the 2019-20 season," said Bartlett. "I am looking forward to playing basketball at the university level in my home province along with my older sister Deidre." 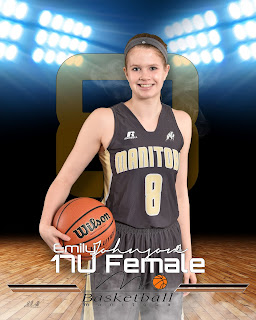 Johnson, 18, is a 5'10" forward, also from Winnipeg and Oak Park, and was the No. 4 ranked girls' basketball player in the province for the 2018-19 season. Besides joining Bartlett as a three-time champion, Johnson was also a Basketball Manitoba AAAA Girls' Graduating All-Star this season. She averaged 18 points on 56% shooting, along with eight rebounds, three assists, and 3.4 steals per game; also excelling on the defensive end, being named the defensive player of the year for Oak Park in 2018.

"Emily is a versatile three-guard. She uses her length to get out in transition and can really cause havoc on defence," said Sung. "Her feel for filling gaps with those she is playing with is special — she adapts to be the leading rebounder, scorer or defender based on how games are going for her team. She will give us some great depth and variety to lineups with our existing roster."

"I am excited to be representing the Bison women's basketball team!" said Johnson. "I am looking forward to new friendships, learning from current players and working hard as a team playing a game that I love."

The Bison women's basketball program made playoffs for the second consecutive season in 2018-19, playing to an 8-12 record in the regular season.