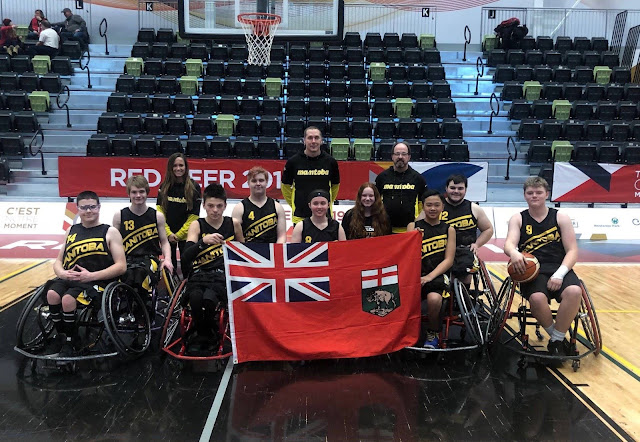 With a handful of veterans and a very promising group of accomplished young athletes, the wheelchair basketball community considers Manitoba the team to watch in the future. The successful tournament placed Manitoba 7th overall and a two-place jump from the last games hosted in Prince George BC in 2015.

Manitoba’s record at the 2019 Games is as follows.


Leading scorer for Manitoba and second overall was Josh Brown netting 127 points. Thomas Thevenot with 65, Spencer Lambert added 41. Bernard Rosello who is amongst the youngest participants at the tournament added 29.

The Gold medal game played out in front of a raucous over-capacity crowd of 3200 with Alberta winning gold over Ontario. Quebec defeated New Brunswick for the bronze.

Wheelchair basketball is an inclusive sport and is open to all participants including those without a disability. Equipment is available for use with MWSA and holds an open practice every Tuesday at the Canada Games Sport for Life Center at 145 Pacific Ave.