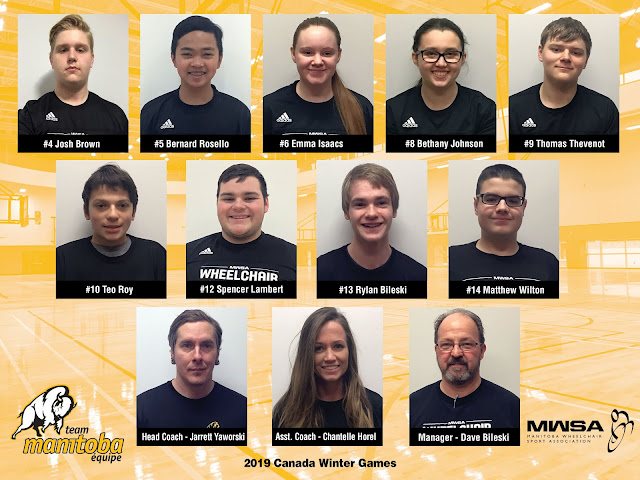 UPDATE: On February 14th Team Manitoba will make its way to the Canada Winter Games in Red Deer Alberta.  Nine athletes and three staff will represent our province in the Sport of wheelchair basketball.

All games will be hosted at the Garry H Harris Center.  On February 19th  2 games which feature Quebec vs Saskatchewan and Ontario Versus BC will be televised on TSN and RDS starting at 8:30 PM central.  In addition, all competition games will be live streamed at http://www.canadagames.live

Team Manitoba is proud to present the following athletes and staff.

Manitoba will be sending a wheelchair basketball team to the 2019 Canada Winter Games in Red Deer Alberta Feb 15-21 that will host a total of 9 provincial teams.  In preparation for the tournament,  Manitoba attended a pre-Canada Games tournament in Red Deer, AB on Dec 15-16 2018.  The Dec tournament was attended by 5 provincial teams and provided a preview of the host venue.

The Garry W Harris Center is a newly opened multi-use facility at the Red Deer College and will host the CWGS.  Wheelchair basketball is an exciting sport that is open to all participants that include able-bodied and disabled players.

The CWG schedule as follows: 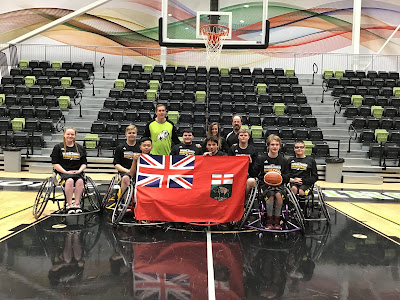 The roster for the Canada Games team as seen in the above picture: (left to right)


GOOD LUCK TO TEAM MANITOBA AT THE GAMES!