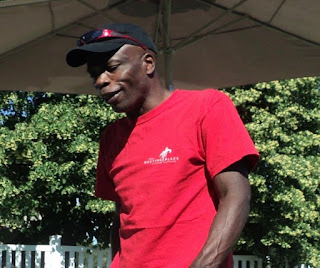 VIEW OBITUARY: It is with great sadness that Basketball Manitoba shares the news of the passing of longtime basketball referee Dave Price.  Dave worked at all levels of the game for many years and brought his unique and special attitude to the court and was a favourite of many players to have him work their games.

UPDATE: The Celebration of Life for Dave Price will be held on Saturday, October 27 at 10:30 am at The Meeting Place, 143 Smith St, Winnipeg, MB.  Everyone is welcome to celebrate his life with the Price Family.


He was a member of the KPAC, Winnipeg 1 and MBOA officials associations and worked games from the youth community level up to the MCAC College level and everything in between.  He volunteered his time as a coach at a variety of levels and as an official with the Balling for the Cure Basketball Tournament and Special Olympics Manitoba among others.

Dave was a regular fixture in the Manitoba officials community for decades and whose smile and attitude to the game was infectious.  He will be greatly missed.  Our thoughts and prayers go out to the Price family.