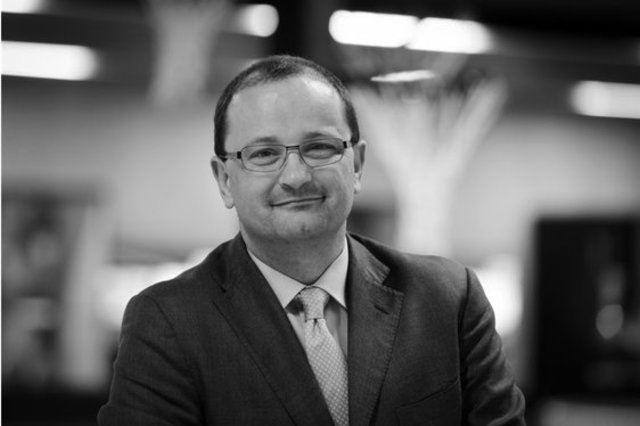 Despite receiving immediate medical attention, he suddenly and unexpectedly succumbed to a heart attack during the Youth Olympic Games (YOG) in Buenos Aires, Argentina.

Basketball has lost a leader, an advocate and a friend and our thoughts are with Patrick's wife and two children at this tragic time.

The Secretary General of FIBA since 2002, Mr Baumann passed away at the age of 51.

The current operations of FIBA will be taken care of by the Presidency and the Management Team.

FIBA President Horacio Muratore said: "On behalf of the entire FIBA family, I wish to express our deepest sympathies and pass on our condolences to Patrick's wife Patricia, their family and loved ones. Our thoughts and prayers are with them during this very difficult time.

"Patrick was a lot more than FIBA's Secretary General and an IOC member. He was a very close friend of mine as well as to countless people in the basketball family and the wider sport community.

"Under his leadership, FIBA moved forward by leaps and bounds, with the organization modernizing itself to the extent of becoming a model which fellow International Federations followed.

"Patrick was at the forefront of FIBA making radical changes to its governance structure, successfully building and moving into its own state-of-the-art Headquarters outside of Geneva as well as launching 3x3, its urban discipline which became a part of basketball's program at the Olympics. He was also instrumental in the process of 'ONE FIBA', the coming together of all of FIBA's Regional Offices into one corporate group, with everyone looking and heading in the same direction for the best interests of our beloved sport. Last but not least, he led the way in the creation and implementation of FIBA's New Competition System.

"For all of this and for so much more, FIBA is forever indebted to Patrick. Without doubt we would not be where we are today were it not for everything that he did. His unwavering commitment, tireless work ethic and pure passion for basketball mean he will forever have his place in FIBA's history."

A Swiss national born on August 5, 1967, Mr Baumann was a former player, coach and referee who first joined FIBA as a lawyer in 1994 and was appointed FIBA Deputy Secretary General in 1995.

Mr Baumann officially started his term of office in 2003, a position he held until his death.

IOC President Thomas Bach said: "This is a great shock which has hit us all very hard. We can hardly believe this terrible news. Particularly since, even today, we have seen him working hard, as we always knew him, for the sport he loved. We lose a young and sympathetic leader full of hope who was standing for the future of sport. Our thoughts are with his wife, his children and his family."

Mr Baumann is survived by his wife and two children.