PUBLISHED ON July 04, 2018 3x3 Basketball, Headlines,
Team Acceleration Performance is off to Edmonton this weekend as the Winnipeg representative to the Canada Quest 3x3 National Championships.  They won the Manitoba stop of the Canada Quest 3x3 in Winnipeg last month and are one of 8 teams competing in the event with other regional winners from around Canada.  The AP team will be referred to as Winnipeg in the schedule (see below) and include team members...

The 3x3 discipline is being promoted and structured by FIBA, the sport's governing body. Canada Basketball in working with FIBA will regulate the rules of the game, facilitate the promotion of the discipline and sanction the organization of 3x3 tournaments with the support of the Provincial Sporting Organizations.

FIBA’s flagship competition is an annual FIBA 3x3 World Tour comprised of a series of Masters and one Final, awarding six-figure prize money. There are also annual Open World Championships, U18 World Championship competitions and Youth Olympic events every 4 years. Recently, it’s been announced that 3x3 will be an official sport being introduced at the 2020 Summer Olympic Games at Tokyo, Japan.

In the lead up to the FIBA 3x3 World Tour, six regional events across the country took part as part of Canada Basketball’s 3x3 Canada Quest. The winners of the elite division at each of the regionals, along with two wild card teams qualified for the 3x3 Canada Quest Finals. The top two Finals teams (along with Team Saskatoon who has prequalified by virtue of being ranked in the FIBA top 10 world rankings) will qualify directly to the FIBA 3x3 World Tour in Saskatoon July 20th 22nd 2018.

The Gold Medal game will be streamed on Canada Basketball’s YouTube Channel as part of the EGIC broadcast. 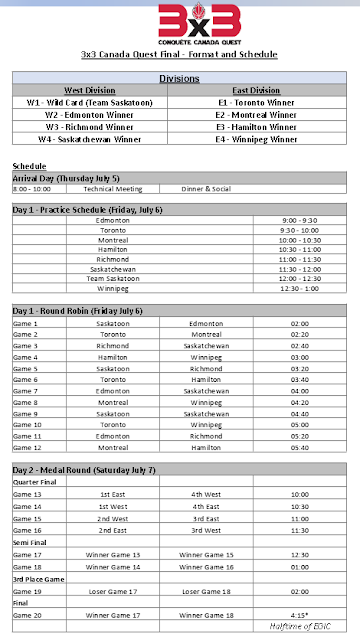 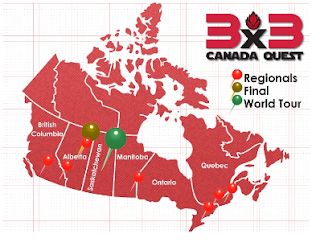