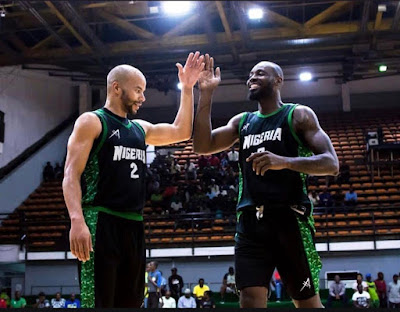 Congratulations go out to University of Manitoba Bison and Manitoba Provincial Team alumni Keith Omoerah on being selected to the Nigerian Senior National Team!  The team is currently in a series with Uganda as part of the new FIBA World Cup qualification series leading into next summer in China.  The Nigerian team took the game earlier today with a 109-66 win and currently sit with a 4-0 record in Group B of the African Qualifiers with previous wins over Rwanda and Mali.

He commented, "This is a honour to the highest degree. There are almost 200 million people in Nigeria and to be selected as 1 of the 12 to participate for the national basketball team is almost incomprehensible. I am truly honoured to be here and will work my hardest to make Nigeria proud. Thank you to everyone back in Manitoba for the support!"

He is a graduate of Grant Park High School in Winnipeg and this past year played professional basketball for Bærum Basket in Norway's premier basketball league.

More on his team's qualification process and road to the World Cup can be found here.