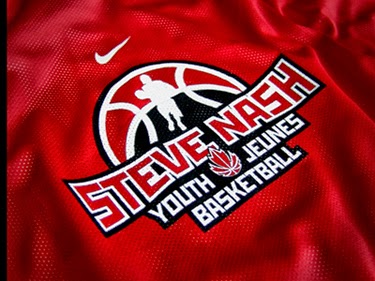 By Chery Bennett, Canada Basketball
There is one aspect in ALL sports that has just become a regular part of the game at all levels: Trash talking! Here in Canada, some might call it ‘chirping’ and it is used for the sole purpose of ‘getting in your opponents’ head. In my days of coaching, I have seen this theme increase from year to year and my personal opinion is that the young athletes are just emulating the professionals they see on television. But does that make it okay?
I know when I was playing the sport, I was never one to trash talk my opponents; however, if they were to trash talk me, I was that young athlete that was greatly affected by it and totally messed up my game. With the level of trash talking increasing in the sporting realm, athletes must be able to keep calm, collected and focused on their main goal while playing the sport and try not to get distracted or aggressive with the opponent.
A real-life example just happened last week when I was coaching my boys team in a weekend tournament. One of my players blocked their opponent on a fast break attempt and was very excited about it. So, once the block was made, the other player fell to the ground and my player flexed his muscles beside him and stared at his opponent; similar to something a professional NBA player would do, my player did the same thing. At that moment, the crowd was very displeased and the referee gave him a technical foul for taunting. The most concerning thing about this situation was that my player was happy about the technical foul, only talking about how good the block was on his opponent. Me, as a coach, was happy he stopped an easy fast break layup; however, not so approving of the taunting after the play.
On the other hand, in a previous tournament, we had a boy on our team who was an amazing athlete (playing soccer competitively before starting basketball); however, never really played basketball. He had a lot of potential and we were excited to have him on our team. Moreover, we were playing a team from Toronto and their players were trash-talking our players and someone happened to say something to this new player on our team; something along the lines of how he was a terrible basketball player. To me, that just blew my mind that a nine-year old can say something so terrible, not to mention this Toronto team was already winning by about 40 points. Furthermore, this young player came off the floor crying, with the opposing coaches and players showing no remorse for what was happening. Needless to say, the next practice this young boy did not show and I received a phone call from his mother saying he quit the team. To me, it is just a shame that this trash talking (a supposedly harmless thing that happens in sports) could significantly impact a young player and make him not want to play the sport anymore.
In my opinion, trash talking in youth sports is not a necessary component as children are supposed to be participating in sports in order to have fun, meet new friends, and enjoy the sports they love. There are some tactics that coaches and parents can use to deal with the trash-talking that your son and/or daughter may be experiencing while on the court.
Some tactics include:
Create a Zero-Tolerance Policy
Don’t be afraid to talk about it with your players and how to react to the trash talking
Create strategies as a team to help refocus players during games
Emphasize good sportsmanship on and off the court
Remind your players not to take it personally!
In conclusion, trash-talking in sport is definitely bound to happen; however, I find it completely unnecessary in youth sports. Yes, people while playing sports get frustrated and may re-direct that emotion onto the opponents, but we must remember why children play sports to begin with: to have fun!
I think it is important for coaches and parents to recognize that this behavior may occur with their young child/athlete and it is important to discuss why it happens, what to do if it happens, consequences for the behavior, practicing good sportsmanship in sports, and reminding them to focus on the game and not to take the insults personally (although easier said than done!). I don’t believe that trash-talking will ever be eliminated completely from sport; however, we, as coaches and parents, can educate our children and discuss how it might affect the game and the tactics used to cope with this behavior.
What do you think about this phenomenon in sport? Do you think it will ever be eliminated in competitive activities? Feel free to post any stories, comments, thoughts or opinions below!