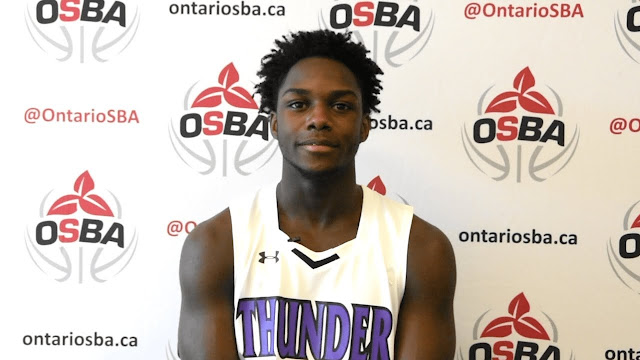 MONDAY APRIL 9, 7:00 PM ON TSN: BioSteel and TSN has announced that Manitoba's Daniel Sackey has been selected to participate in the 2018 BioSteel All-Canadian game.  Earlier this year Daniel announced he would be suiting up for the Valparaiso Crusaders, NCAA Division 1 team for the fall of 2018.  He is currently with the Thornlea Thunder in the Ontario Scholastic Basketball Association.  Daniel suited up for Team Manitoba in the summer of 2016 when Manitoba hosted the Canada Basketball National Championships.

TSN will deliver live coverage of the fourth annual edition of this all-star showcase featuring the top high school basketball players from across Canada on Monday, April 9th at 7pm CT.  It's a game you can watch across the TSN Network.

Past participants at the BIOSTEEL ALL CANADIAN BASKETBALL GAME include Jamal Murray of the Denver Nuggets and the Milwaukee Bucks' Thon Maker.


A quartet of other players were invited, but are unable to attend:

The athletes competing in last year’s BIOSTEEL ALL-CANADIAN BASKETBALL GAME were chosen by a 10-person selection committee comprised of a cross-section of Canadian basketball stakeholders; including provincial and territorial representatives, clubs, coaches, and scouts from across the country (more information regarding the selection process is available through the game’s official website at BioSteelAllCanadian.com): 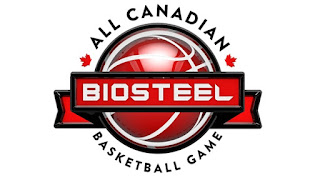