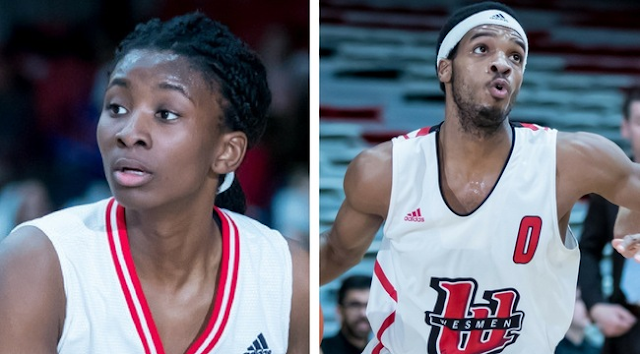 The Winnipeg Wesmen want youth basketball teams to party with them in the playoffs.  Wesmen Athletics announced Monday a contest that would allow one youth basketball team in the province to be seated in the Duckworth Centre's corporate suite with pizza and drinks provided free of charge for Thursday night's Wesmen playoff games.

Registration will remain open until tip-off of the women's game against Northern British Columbia at 6 p.m. Thursday February 8. The winner will be announced at the end of the first quarter and the players and coaches will be moved into the suite, where they can watch the rest of the action, including the men's game against UNBC at 8 p.m.

Teams, which will be allowed to attend the game for free, can register ahead of time by emailing d.larkins@uwinnipeg.ca.

The Wesmen also announced youth 18 and under will be allowed to attend the game free of charge.

Wesmen Athletics is also encouraging all fans in attendance to WEAR RED in our campaign to make the Duckworth Centure #RedAllOver.