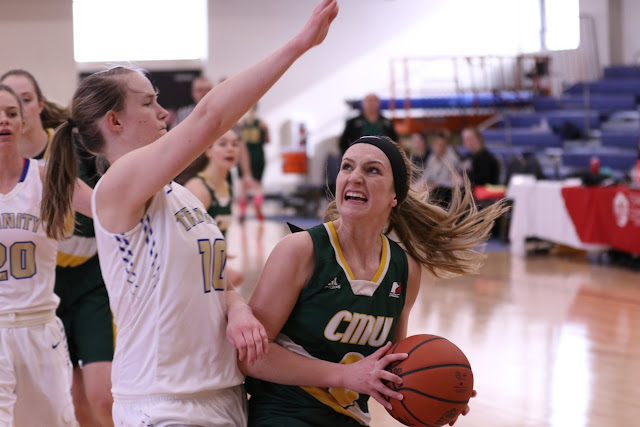 The men's and women's basketball teams from the MCAC represented the conference proudly this weekend in their first trip to the Northern Intercollegiate Athletic Conference (NIAC) playoffs.

On the men's side, a rematch of the 2018 MCAC Basketball Championship took place as the 3/6 matchup as the Red River College Rebels (3) took on the Canadian Mennonite University Blazers (6). The Blazers got their revenge and took the first-round game in a 73-72 nail-biter.

The Providence Pilots (5) men's basketball team had their own upset as they took down the Oak Hills Christian College (4) 95-90 and made their way to the semi-finals where they continued to impress beating Trinity Bible College (8) 92-85.

The Pilots ran into a tough second-ranked Leech Lake Trible College (2) in the championship game and fell 95-81. Kendall Perpall led the Pilots with 18 points.

A second all MCAC first-round matchup took place on the women's side as the Red River College Rebels (4) defeated the Providence Pilots (5) 61-52. Zera Panesa led the Rebels with 13 points and four rebounds, while Taylor Goodbrandson had a game-high 15 points for the Pilots and added five rebounds and four assists.

In the second round, the Rebels took on the top-seeded Mustangs from Sisseton Wahpeton College and ultimately fell 74-55. Rebels forward Lacey Finbogason led her team with 15 points.

On the other side of the bracket, the Blazers took care of business and defeated the Trinity Bible College Lions (2) 69-53 to move on to the championship game against the Sisseton Wahpeton Mustangs. For a full recap of the thrilling overtime game, visit Blazer Athletics.