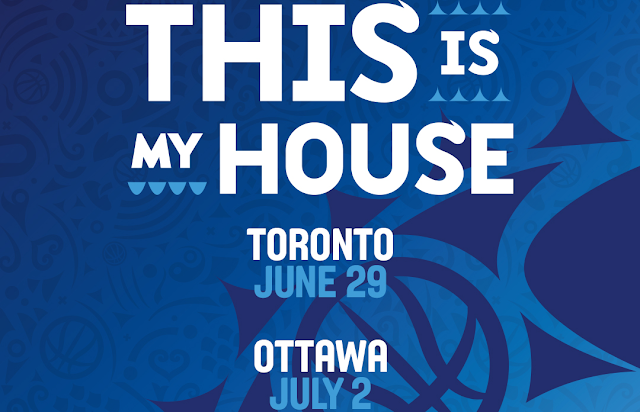 TORONTO, ON (February 2, 2018) - Canada Basketball announced on February 2 the Ricoh Coliseum in Toronto, ON and The Arena at TD Place in Ottawa, ON will host upcoming FIBA Basketball World Cup 2019 Americas Qualifiers games this summer.

Canada will then travel to The Arena at TD Place in Ottawa to conclude the first-round on Monday, Jul. 2 against U.S. Virgin Islands with tipoff scheduled for 1:30 pm ET.

Tickets for both games will go on-sale at a later date. Stay tuned to basketball.ca for more information.

After being unavailable for the first two windows, players from the NBA and NCAA will be eligible to play in this summer's games.

Canada is in Group D along with Bahamas, Dominican Republic and the U.S. Virgin Islands.  Each team faces the other three teams on a home and away basis with the top three teams from each group advancing to the second round.

After opening the Americas Qualifiers with a dominant 93-69 win over Bahamas in front of a near capacity crowd at the Scotiabank Centre in Halifax, Canada fell 88-76 on the road to Dominican Republic to conclude the first window with a 1-1 record.

Canada returns to the court on Thursday, Feb. 22 against the U.S. Virgin Islands before playing its final matchup of the second window on Sunday, Feb. 25 versus Bahamas.  Fans can catch all the action live on DAZN.

The FIBA Basketball World Cup 2019 in China will be the biggest edition of FIBA's flagship event with a record 32 participating teams playing 92 games over 16 days.

For the first time, the FIBA Basketball World Cup will qualify 7 teams directly for the following year's Olympic Games.

"After successfully kicking off our quest towards the FIBA Basketball World Cup 2019 in Halifax last November, Canada Basketball is thrilled to be able to bring our men's national team to Toronto and Ottawa this summer." - Michele O'Keefe, President & CEO, Canada Basketball

"Basketball in Canada is thriving, and these games will continue to show the world that players here are ready to excel on the international stage. For Canada's team to be able to work towards their dreams in front of family and friends is incredibly special, and it will be great for fans to witness that." - Masai Ujiri, President, Toronto Raptors

"Our goal in 2018 is to continue to bring new and exciting events to the nation's capital and we're thrilled to have our Canadian Men's Basketball Team coming to The Arena at TD Place.  Canadians will still be bursting with pride following Canada Day and we know that energy will spill over into this game on July 2." - Mark Goudie, COO, OSEG.