Winnipeg Teams Return from Another Successful Year at NABA Championships 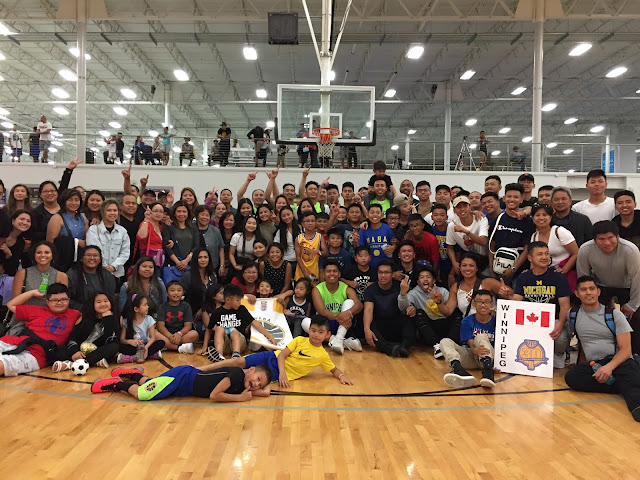 A number of Winnipeg based tams attended the NABA Championships over the Labour Day long weekend in Manheim, Pennsylvania.  Rizza Valera who helped organize the local teams has provided this summary and a number of images below...

Training from Spring into summer these boys dedicated there time and devotion to basketball.  Winnipeg NABA took 5 teams to represent at the annual 30th NABA tournament held in Manheim, PA.

Tykes, a young group of boys battling the courts in NABA was shocked at the skill the other teams showed up with although they did not give up they played hard and determined to get a basket.  Starting at this age only grooms them to a stronger player in the future.

The Peewee division consisted of 17 teams to conquer to get that trophy.   This group of boys, also new to NABA (Coached by Eric Fernandez) are tough but the competition that weekend was tougher having played against, Central Jersey, Toronto, Vaughn and New York.  We hope they set their mind to playing again and determined to get a trophy from this tournament in the future.

Having found out Coach Riley had fourteen teams in the Bantam division made it tough from the start.  This team had lots of skill, speed and height although when we got into the court, we came short a point or 2 to win the game which makes it hard to swallow the defeat.  They fell behind in the first half but they pulled themselves out but wasn't enough to get the win.  Overall they did an great job representing Winnipeg.  They are a tough group to beat.

Juniors had a dozen teams to beat, again each game played was short of 1-2 points for the win.  It got heated on the court at times but refs kept it cool.  It's tough to really want it and just miss it by a point or 2.  There's always next year boys as Coach Jai would say.

Coach Angel gave his farewell speech to these young men at the beginning of the tournament to concentrate on his sons team for the future.  The best thing happen was a farewell championship trophy these boys gave to him from this tournament.  It wasn't easy getting through 3 buzzer beaters, an overtime game and such tough/rough competition from the 7 teams they had to play to get the gold.  CONGRATULATIONS BOYS WELL DESERVED!!

Many thanks to our sponsors, parents, players and especially to the coaches for spending the time with these boys.  They couldn't have done it without all of you!

We can do this again next year NABA MONTREAL 2018! 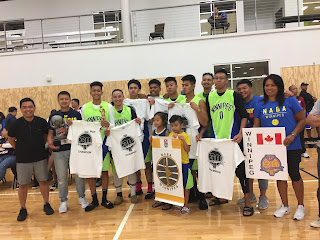 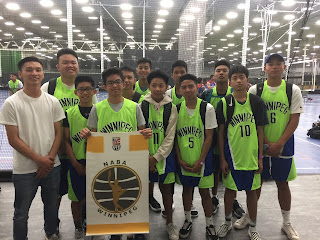 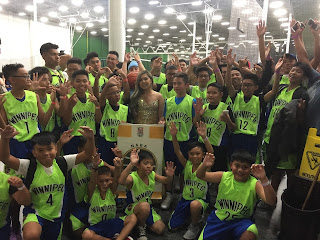 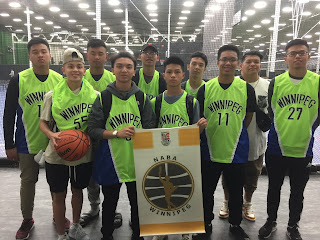 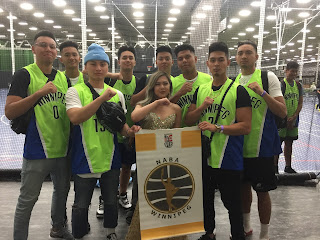 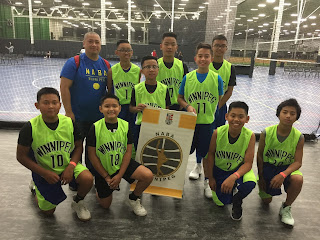 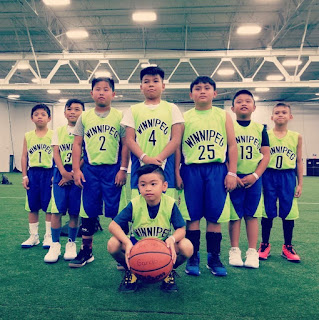 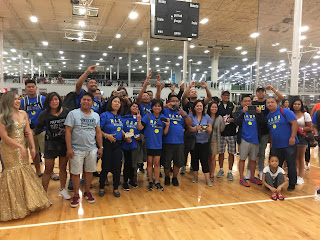 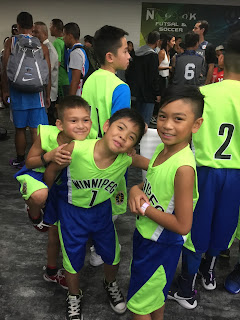 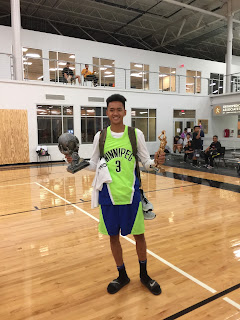 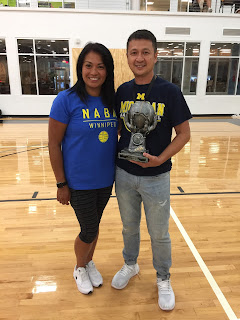