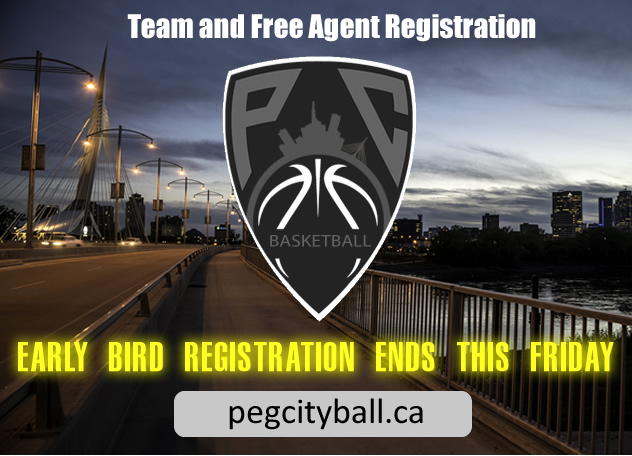 The Peg City Basketball Association has announced that early bird registration is now open. Last season went off without a hitch and we are looking forward to another fantastic year. Most of our members are aware of the benefits of the Peg City league, with the most significant advantages being consistent scheduling and the detailed stats we collect.

Here is a link to the stats we collected last year.

We schedule our 20 game regular season every Sunday with the exception of long weekends, Christmas, and spring break. Teams can expect to play each and every Sunday.

So what are you waiting for?

*New this year every player will be required to purchase a membership fee, this will cover their Basketball Manitoba Membership/Insurance for the year, Photo ID, and ensure we have waivers and contact info from every player.