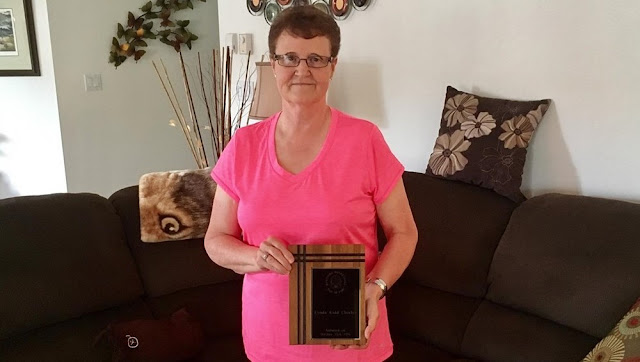 BRANDON – Lynda Chorley (nee Kidd) delivered dynamic offensive performances during an era where points were hard to come by. She was small in size, but used her blazing speed to keep opposing teams on their toes. Chorley was one of the top female basketball players to ever come out of rural Manitoba and her storied career included an important chapter at Brandon College.

Her earliest basketball memories are humble ones while growing up in her hometown of Hamiota.

"I was in grade six when I handled my first basketball and I was playing for fun with a few friends."

BU Sports Wall of Famer Gladwyn Scott was teaching and coaching in Hamiota at the time. He saw serious talent during that fun-filled shoot around. 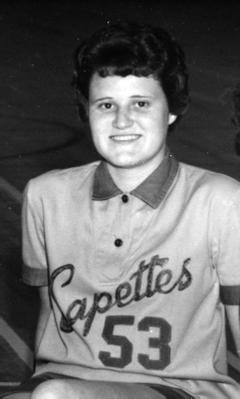 "Gladwyn asked me to try out for the team and fortunately I made it. I was just 13 years old but I guess he saw potential in me."

3225Chorley played with the senior girls team from grade 7 to 12 and scored an astonishing 2,207 career points in the process. She led the Hamiota Starlettes to the provincial final in each of those six years.

"I just took to the sport right away and just loved it. We practiced a lot during those years and I had a lot of good friends and teammates."

Chorley guided Hamiota to a pair of Manitoba championships while under the coaching guidance of fellow BU Wall of Famer Frank McKinnon. The 1964 season was Chorley's final year at the high school level and was without a doubt her finest. At the provincial tournament, Chorley collected 29 points in Hamiota's 51-30 semifinal win over West Kildonan. She then turned in a 25-point performance as her school secured the title with a 40-21 victory over Glenlawn Collegiate.

The road trip back to Hamiota with the championship created a cherished moment.

"My grade 12 year was really special because we had just won the provincials and we got paraded into town around 1am. Police cars met us three miles south of Hamiota. Our little gym was filled with people that had stayed up or gotten out of bed to celebrate with us. We did not leave Winnipeg until late that night after winning it."

For her enormous efforts in 1964, Chorley became the first female ever to win the Brandon Sun H.L. (Krug) Crawford Memorial Award for Sport Star of the Year.

After capping off her high school career, Chorley joined the Brandon College Capettes.

Chorley and the Capettes played an exhibition schedule over the course of her two seasons from 1964-1966.

Among the highlights was winning the Manitoba Small Colleges Championship and finishing tied for top spot at a Junior Varsity Tournament in Saskatoon.

In the tournament finale, Chorley collected 28 points in a convincing 44-25 win over Edmonton to earn a share of first place.

3227"Those were two special years at Brandon College. I was quite homesick even though I was only 50 miles from Hamiota, but it was basically the first time I had ever left home. It was quite an adjustment and the courses were tougher and it was just a totally different scenario. The first year I was quite intimidated."

"From the time I was little I had always wanted to be a teacher."

Her teaching career included stops in Souris and Selkirk before a tenure in the Brandon School Division. Chorley taught 14 years at Earl Haig and then Harrison from 1984 to 1997.

During her 31 years as an inspirational leader in the classroom, she also kept her students active by coaching basketball.

"I wanted to instill a positive experience in them. I didn't care if we won, but I made sure all the kids played and were enjoying it. I made sure the kids all had a chance to play."

The Manitoba Basketball Hall of Fame recognized Chorley's contributions in 1991 and in 2012 she was inducted into the Manitoba High Schools Athletic Association Hall of Fame. The MHSAA induction class fittingly included two familiar faces, Gladwyn Scott and Frank McKinnon.

"It was special to get inducted alongside my two coaches that helped me out over the years. They both had a big impact on me and were good mentors."

Encouragement from her coaches was critical to Chorley's success and she reciprocates the strong advice she received.

"Work hard and enjoy it. It was something I loved to do. If you love to do something, you work hard at it."