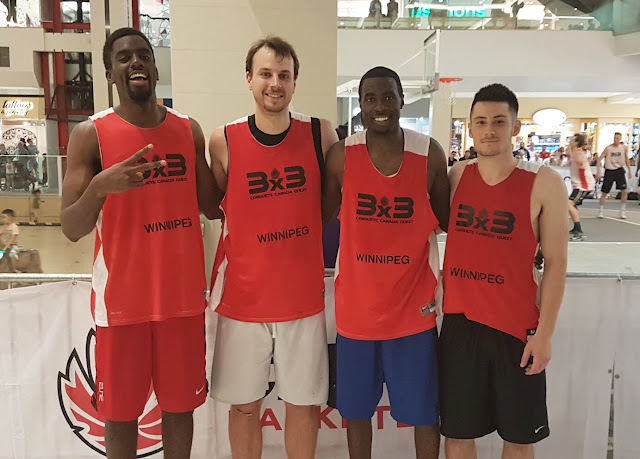 On Sunday, July 9 Team Winnipeg earned its way to an appearance in the 2017 FIBA World Tour stop which is scheduled for Saskatoon next weekend. Locking in the team was a semi final victory over team Vancouver at the national 3x3 Canada Quest event held in Edmonton this past weekend. The top two teams from the event earned births into the world tour stop next weekend. The world tour stop will be for the first time ever, hosted in Canada with the winning team advancing on to the next level on the world stage.

Team Winnipeg started the event on Saturday with an 0-3 record with losses to Hamilton (18-17), Toronto (21-16) and Montreal (18-16). They entered the playoff rounds against the top-seeded team from Saskatoon who posted 3 convincing wins on Saturday. After a convincing 21-11 win in the quarterfinals over the tourney favorites and one of the top ranked 3x3 teams in the world, they took on Team Vancouver in the national semi-finals.  Winnipeg took the game 21-17 to get to the national finals. Trying to redeem an earlier loss in the tournament to Montreal, Winnipeg fell 18-14 to take the national silver medal.

You can watch footage from the event on the Canada Basketball YouTube page.

More information on the Edmonton event can be found here.

More on the FIBA World Tour 3x3 set for Saskatoon set for July 15-16 which will include Teams Winnipeg and Montreal, the host Saskatoon plus other top teams from around the world can be found here. 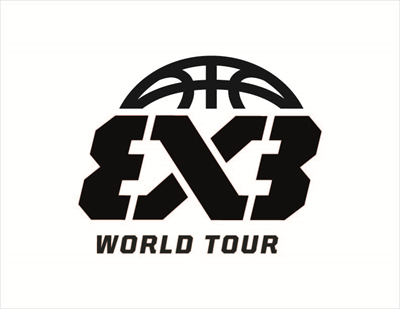 After finishing 3-0 in round robin play on Day 1, Team Winnipeg (Wyatt Anders (C), Jelane Pryce, Matthew Koenig, O'Neil Gordon) stunned the tournament when they upset Team Saskatoon 21-11 in the quarter-finals, followed by a 21-17 victory against Team Vancouver in the semi-finals.

With Team Montreal and Team Winnipeg reaching the finals, both teams qualify for the FIBA 3x3 World Tour which will for the first time take place in Canada from July 15-16 in Saskatoon, Saskatchewan.

Regardless of their early exit in the tournament, Team Saskatoon (Michael Linklater (C), Mike Lieffers, Nolan Brudehl and Andrew Spagrud) has also already qualified for the FIBA 3x3 World Tour stop in Saskatchewan with their top-10 FIBA 3x3 ranking.