PUBLISHED ON May 12, 2017 Bobcats, Commitments, Headlines, 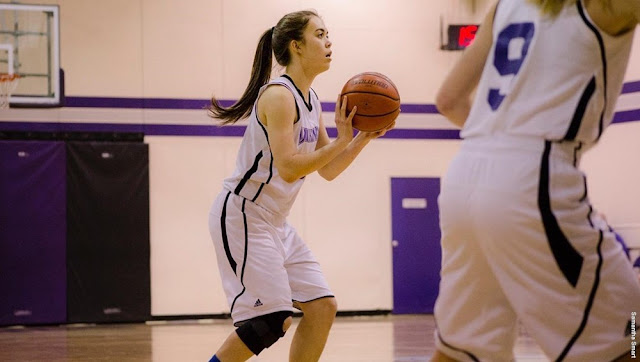 The Brandon University Bobcats women's basketball team continues to add recruits for next season, and the most recent addition is one very familiar to the program.  Brandon product Jada Benoit is the most recent recruit to sign a letter of intent. Benoit, a 5-foot-11 wing and soon to be graduate of Vincent Massey High School, is the first three-year member of the Junior Bobcats program to make the jump to the university ranks.

"Jada has had a very strong skill-set from a very young age and has continued to improve," says Novell Thomas, Bobcats women's basketball head coach and director and coach of the Junior Bobcats youth basketball program.

Thomas has been Benoit's club coach in the Junior Bobcat program and is familiar with her growth as an athlete and elite basketball player.

"I've seen her compete against club teams from Winnipeg and Saskatchewan and I've always felt that she's played well in those opportunities," Thomas adds. "It'll be a huge jump to the U SPORTS level, but Jada realizes this and she'll put in the effort to prepare both physically and mentally for the next step in her basketball career."

Benoit believes her development into one of the best high school basketball players in Brandon is in large part thanks Thomas' time and attention.

Benoit's track record speaks for itself. She's received numerous tournament all-star awards throughout her high school career as well as representing the U17 Westman Regional team at the 2016 Manitoba Summer Games. Benoit has also logged countless hours in the Bobcat Basketball Academy, but her passion for the game is what's helped her advance in the sport.

"Playing for the Bobcats has always been a goal of mine since I was in grade 9 and participating in my first academy with Novell. There he unlocked my capabilities as a basketball player that I didn't think I had. It was so much fun and inspired me to want to continue at a more competitive level. I found myself looking forward to any time I could play basketball."

Benoit also acknowledges her parents and varsity coach Dave Penner as sources of inspiration as she's advanced her hoops ability.

Benoit plans to begin studies in BU's Faculty of Science this fall with the hopes of earning a degree before starting a career as a paramedic.