PUBLISHED ON May 10, 2017 Commitments, Headlines, Wesmen, 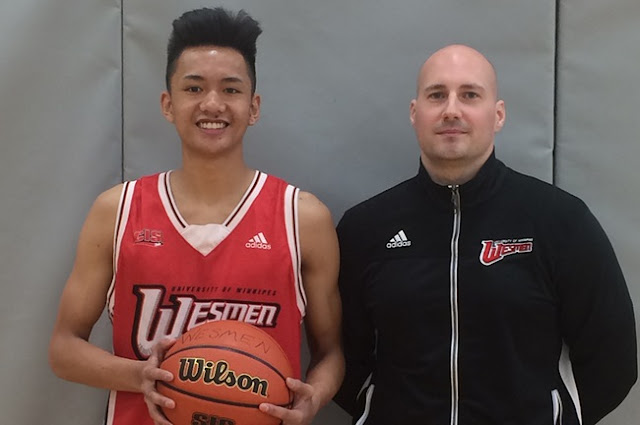 The University of Winnipeg Wesmen and Men's Basketball head coach Mike Raimbault have announced the commitment of Don Dayrit (Winnipeg, Manitoba) to the Men's Basketball program for the start of the 2017-2018 Canada West season this September.

Dayrit a 6'0" guard recently completed his final season as a member of the Sisler Spartans. During the season he averaged 27.9 points and four rebounds per game while connecting on 48% from the field and 84% from the free throw line. He was chosen as the 3rd best player in the province in the Winnipeg Sun's annual coach's poll.

"We are excited to welcome Don to the program.  He had a stellar high school career, was well coached, and has an exciting future ahead", said Wesmen Men's Basketball head coach Mike Raimbault.