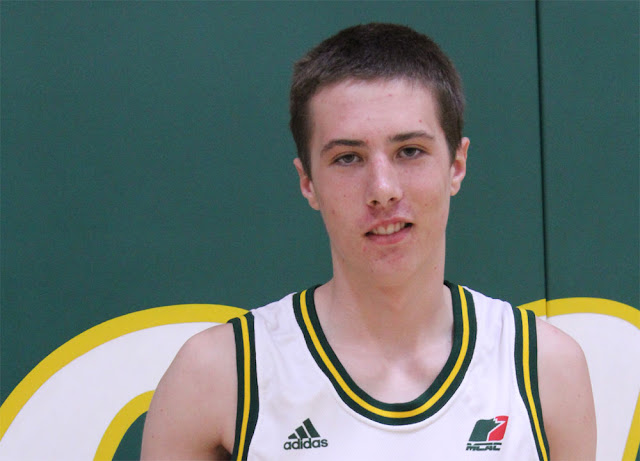 The men's basketball program at Canadian Mennonite University have announced the commitment of Riley Ens of Carman, Manitoba.  The 6'2 forward led the Carman Cougars to the MHSAA 2A Provincial Championship in Boy's Volleyball, Hockey and the sport he will suit up for at CMU, Basketball.

"Riley brings us a very high basketball IQ in a young player", said head coach Billy Isaac who enters his fifth year with the Men's Basketball program, "Offensively, he moves really well without the ball and he consistently is able to find space for himself on the floor."

The 2017-18 Men's Basketball schedule was released on Thursday. Ens and the Blazers will be in Caronport, Saskatchewan on September 22nd and 23rd to tip-off their preseason with the ACAC's Briercrest Clippers and then return home on September 29th and 30th to host the ACAC's Ambrose Lions.

The Blazers will embark on their second season in the Northern Intercollegiate Athletic Conference on November 3rd and 4th when they host the AFLBS Conquerors in the Loewen Athletic Centre. CMU was also selected to serve as host of the 2018 MCAC Men's and Women's Basketball Championship Final on February 10th.