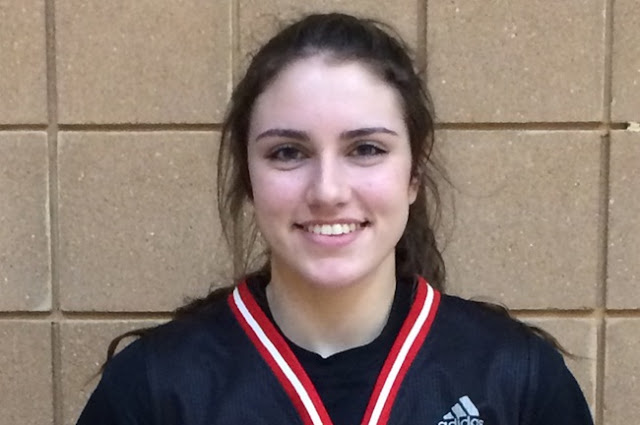 The University of Winnipeg Wesmen Women’s Basketball head coach Tanya McKay has announced the addition of Jessica Dyck (Winnipeg, Manitoba) to the team in time for the start of the 2017-2018 Canada West season this September.

Dyck a 5’10 forward was a vital member of the Oak Park Raiders team that captured the 2017 AAAA Girl’s High School Championship this past March. She finished the 2016-17 season averaging 15 points and 11 rebounds per game on her way to being named a Conference All-Star. She was recently selected to play in the Graduating All-Star game that took place this past weekend.

“Jessica is a great athlete with a standard of excellence in everything she does. She strives to be the best she can be not only on the court, but in the classroom. She has the ability to score in transition, in the post as well as on the perimeter. She is an outstanding rebounder with a knack for out-rebounding players that outsize her (due to her jumping ability and determination). We are excited that she will bring a competitive edge, speed and heart to our program”, said Wesmen head coach Tanya McKay.

An accomplished student athlete, Dyck will be graduating with honours in June. She will be seeking a Science degree at the University of Winnipeg.

“Jessica Dyck will be a great addition to the Wesmen program. She is an outstanding person, student, athlete and basketball player. A three year starter on the Oak Park varsity team, Jessica finished her career with an outstanding performance in the Final Four to help lead the team to a provincial title. Under the coaching of Coach McKay, Jessica will continue her development on and off the court. We are looking forward to watching Jessica play in a Wesmen uniform”, added Oak Park Varsity Girls head coach Murray Brown.