Man to Man Style Defenses Banned in all Levels of Basketball 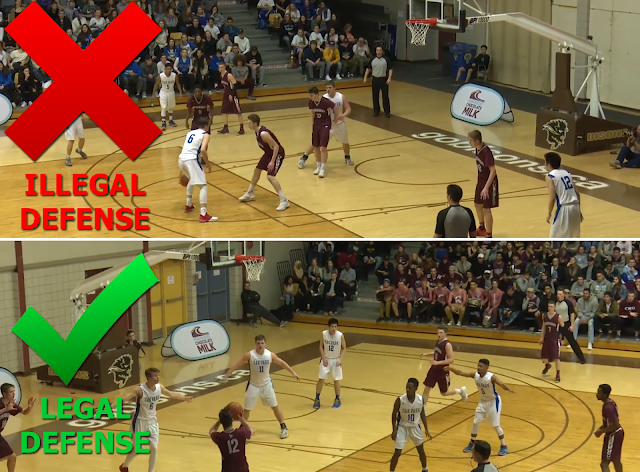 Basketball Manitoba today announced a sweeping new policy on what style of defenses will be permitted in the sport of basketball effective April 1, 2017.  The new rule will see all forms of 'man to man' defense outlawed at all levels of the game played in Manitoba.  The new ruling comes after a 25 year experiment that has come to an end, which saw many types of 'zone defenses' limited or restricted at different levels of play.  The 25 year old rule was enacted in 1992 with a expiry date of April 1, 2017.

A 'zone' defense is defined as a style of team defense that defends an area on the floor where a 'man to man' defense sees defenders assigned to a specific player to defend.  The last 25 years saw many levels of basketball not allow the zone defense style to encourage better individual defensive skills to be developed and to allow for a more free flowing style of game, especially at the younger level of play.

The new rule will force all teams to only play a zone defense at all times or face a warning, followed by a technical foul by the referee.  To simplify things, only the following types of zones will be permitted... (the numbering indicates the configuration of the five players and their placement on the floor - see above illustration)

The following styles of zones are still not permitted but may be reconsidered in another 25 years...
Basketball Manitoba Executive Director Adam Wedlake commented, "I look forward to seeing teams pack it inside the key and form an 'iron curtain' style of defense!  This will force our younger players to look to shoot from way outside their comfort area which is only a good thing!"

This new phase of the game for the next 25 years will allow us to make a final ruling on the matter by the year 2042.  The consulting firm of Yad, Sloof and Lirpa will be leading the study of the final phase and will report back to the basketball community in 25 years.