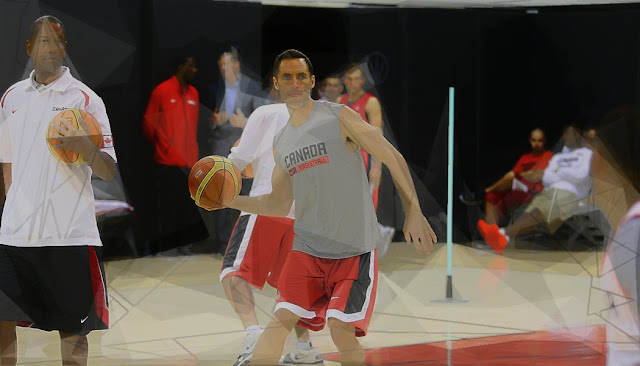 Steve Nash: The greatest play maker in NBA history? Quite possibly.
Ranking third all-time in assists with 10,335 it would be an understatement to say Steve Nash was a good passer. The man was great, and part of what made him such a great passer was his willingness to make his teammates better. Nash understood that he could not win alone, even as a skilled offensive player (Nash is in the esteemed 50/40/90 Club with season averages of 50% FG, 40% 3FG, and 90% FT) (50% fg/ 40% 3fg / 90% ft).

So Nash worked on his passing, priding himself on putting his teammates in a position to succeed on the basketball court. In fact, he knew that giving to his teammates was so powerful, Nash averaged a shocking 239 high fives per game!!!
This is why Steve Nash Youth Basketball (SNYB) puts such emphasis on passing and ball movement. Basketball is team game, and the more players learn to see the game the was Nash did, the better.
In the video below (from NBA TNT Fundamentals) Nash talks about the fundamentals for each pass, from a chest pass to an alley-oop. His key points of emphasis are listed below:
He also comments on the benefits of being able to pass well with both left and right hands, another important point.
Being able to use different passes in different situations makes a player that much more powerful on the court. What are some of the reasons you use different passes?