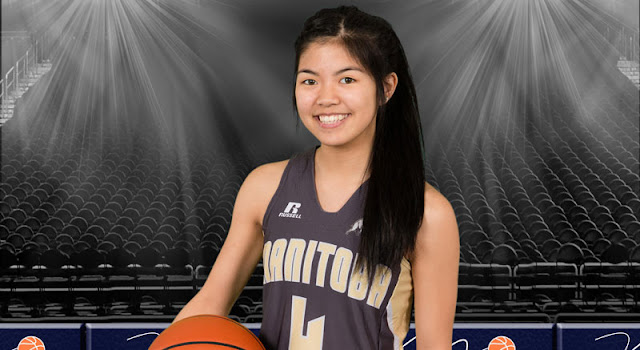 As the Manitoba High School Athletic Association prepares to crown their 2017 Champions and college basketball fans across North America complete their brackets for the NCAA's March Madness, CMU Women's Basketball would like to announce the commitment of Sisler High School guard Kiara Rongavilla for the 2017-18 season.

Rongavilla will be in action Thursday night when her number-3 ranked Sisler Spartans tip off in the Varsity Girls 'AAAA' semifinals at the University of Manitoba against the number-2 ranked Oak Park Raiders.

The 5'6 guard has been part of a winning tradition during her time at Sisler. Selected the Provincial 'AAAA' Junior Varsity Most Valuable Player in 2015, Rongavilla went on to help the Spartans win the 'AAAA' Varsity Girls Provincial Championship banners in both 2015 and 2016.

The Winnipeg Sun released it's annual Top Ten Player Poll on Tuesday with Rongavilla placing in position 9. Of the Sisler guard, Ted Wyman writes, "A great shooting guard who likes to slash and attack the basket… excellent defensive awareness and aggressiveness."

CMU head coach Joe Di Curzio echoes the thoughts of the Sun writer, saying; "Kiara is a terrific outside shooter with an incredible ability to attack the basket. She possesses a knack for being an outstanding defensive player and has a very high basketball IQ. We are thrilled to have her joining us and she will strengthen our program."

Along with Rongavilla, club basketball teammate (Charlee's Angels) and soon to be CMU Blazers teammate, Julia Schatkowsky of the number-1 ranked Vincent Massey Trojans, was also recognized by the Sun just behind Rongavilla at 10.

A member of Team Manitoba in 2016 at the 17U level, Rongavilla represented her province at the National Championships in Regina, finishing in 4th place.

The Manitoba High School 'AAAA' Girls Provincial Championship Final will tip off on Monday, March 20th at The Investor's Group Athletic Centre at the U of M at 6:00pm. 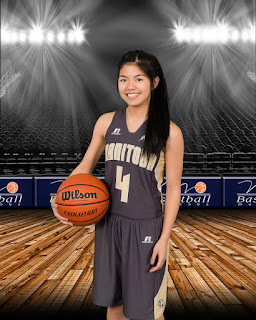