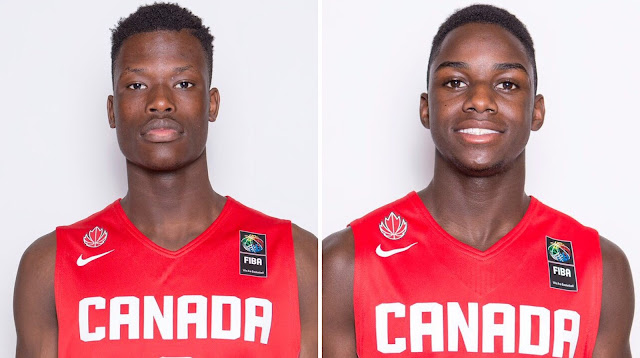 
Announced during Monday's NBA ON TSN halftime show as the Toronto Raptors host the Dallas Mavericks live on TSN, the players selected to the roster will be featured in TSN’s live coverage of the BioSteel All-Canadian Basketball Game on Monday, April 10 at 6:30pm CT exclusively on TSN, live from the University of Toronto’s Goldring Centre for High Performance Sport.

This will mark Emmanuel's second invite to the game (2016) and Daniel's first.

The roster for the 2017 BioSteel All Canadian Basketball Game features 24 of the top high school basketball players from across the country.

All of the athletes selected to the roster of the BioSteel All-Canadian have played prominent roles in top-level basketball programming, from AAU to representing Canada on the international stage.
The 24 players were chosen by a 10-person selection committee comprised of a cross-section of Canadian basketball stakeholders including provincial and territorial representatives, clubs, coaches, and scouts from across the country.

More about the BioSteel All-Canadian Game can be found at http://biosteelallcanadian.com