Hall of Fame News: Where Are they Now? Les Kaehler

We are starting a new feature where we try to catch up with some of our past honoured members. We begin with someone who, if you were around in the 1960's, you will remember as one of the best to ever play in Manitoba. 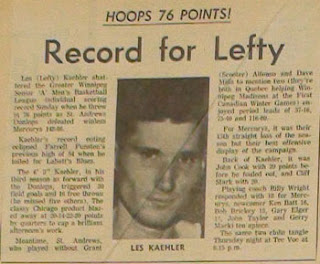 Les or “Lefty” Kaehler as he was called then, was an outstanding player for St. Andrews in the Winnipeg Senior Men’s league, 1964-68, an era when senior men’s basketball was extremely competitive. After playing varsity basketball in high school in Chicago he joined a Catholic congregation of religious men – The Marianists who were his teachers and coaches. That meant giving up playing serious, organized sports and he just played sports for fun with friends and students when he was coaching.

When he was asked to serve in Winnipeg (1964-68), someone invited him to work-out with the Andies basketball team. He did it gladly just to play some organized basketball again. Slowly it evolved into playing full-time. The first year he was asked to play in games against a strong team, he said that he just wanted to play good defense and work within the team. But soon he realized that he could also help the team by scoring points. With St. Andrews, he set seven Greater Senior “A” Men’s records – set a record for most points in a league game (76); and most points in a playoff game (45); most field goals made in one game (30); most FG made in a play-off game (18); most free throws attempted in a season (133); most FT made in a game (16) and most FTA in a game (21). 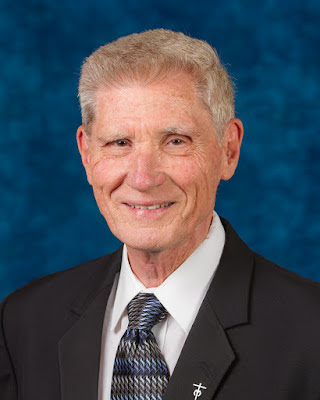 He came to Winnipeg to teach and coached at Provencher High School (now Louis Riel Collegiate). After leaving Winnipeg, he was assigned to other locations around the world - Victoria, Texas (2 years); St. Louis, Missouri (10); Lima, Peru (10); Santiago, Chile (11), Ranchi, Jharkhand India (4); San Antonio, Texas (6); Rome, Italy (5). He did not play organized basketball on any team after leaving Winnipeg as there was no such opportunity except to play among friends or with students he coached on school teams.

He describes his Winnipeg experience as an unexpected gift, coming to know great men like George Fontaine, Jim Bulloch, Glen Torgerson, Cliff Stark and Dave Mills, among others.

“Good coaching and the players made the experience an unforgettable joy. It was a privilege to live in Canada for four years and make good friends there, players, coaches, and the students at Provencher Collegiate where I taught and coached. Their goodness remains with me”.

When asked if there was anything else he would like to add, he said that even though his time in Winnipeg is a half-century ago, he doesn’t feel old yet.

Les is celebrating 60 years of vows in the Society of Mary (Marianists) and says that next year should be his last year in Italy. After that he should be returning to the USA where he will be closer to his family, but he still wants to continue to do something worthwhile for others....so, he says, “we'll see what develops.”

All of Les’ friends at the Manitoba Basketball Hall of Fame wish him good health and happiness and congratulate him on his 60 years of commitment to his faith. It is great that we have kept in contact and we hope to continue to do so. 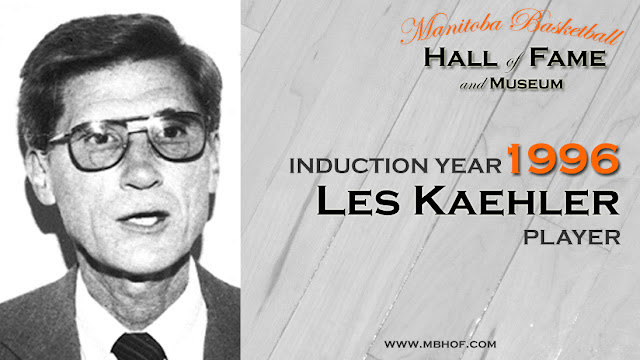 Have a suggestion for a future 'Where Are They Now' feature, please contact us!

Read other Where Are They Now articles