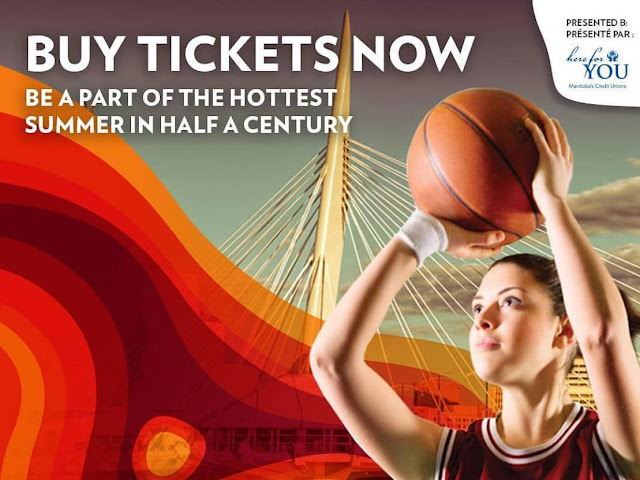 All ticket packages, individual sport passes, medal competition, and Opening and Closing Ceremonies tickets for the 2017 Canada Summer Games are now on sale through Ticketmaster.

The Opening and Closing Ceremonies of the 2017 Canada Summer Games will be a massive celebration of the Games and the nation’s 150th anniversary. Musical stars, athletes, performers, dignitaries and a national television audience will come together to honour the heart and spirit of the Games.

The Opening Ceremonies, presented by James Richardson & Sons, Limited will take place Friday, July 28, 2017 at the MTS Centre in Winnipeg. The ceremony will set the tone for two weeks of competition and will showcase our community to the nation as we celebrate 50 years of the Canada Games.

Basketball will take place beginning Saturday July 29 and wrap up on Friday August 4, 2017 and will be played out of the University of Winnipeg Duckworth Centre and Sport Manitoba Sport for Life Centre.

The Closing Ceremonies, presented by Investors Group, will take place Sunday, August 13, 2017 at the Investors Group Field in Winnipeg. The ceremony will bring to a close the 26th edition of the Canada Games, celebrate athletes’ successes and pass the torch to the 2019 Canada Winter Games in Red Deer, AB.