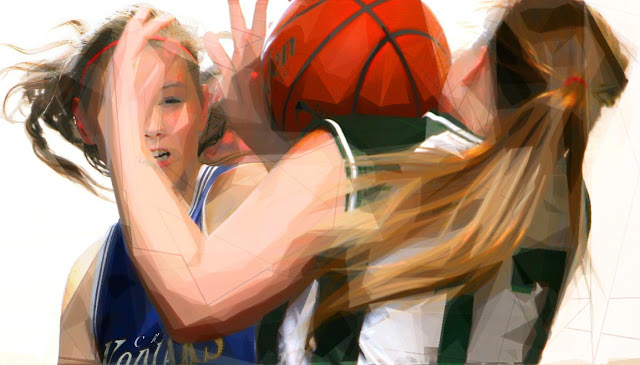 Comparisons are death when it comes to player development.

If you are a parent, stop comparing your child to other kids. Just because your child is much better, or much worse, than other players at a given point in time doesn’t matter in terms of their long term development. If you are a coach, stop comparing players to each other or to players that played for you in the past. Coach your players at the level they are now within your team setting.

As parents, we need to remember that every player develops at their own pace. Just because one of your child’s teammates is the star of the team at age 10 doesn’t mean that will be the case in high school. Maybe the kid doesn’t grow or doesn’t put in the time. Just because an eight year old can’t make a layup consistently doesn’t mean their chances of playing basketball in high school or college are out the window. That can be overcome with hard work over time.

Comparisons are dangerous because they can kill a promising career in more ways than one. If a parent tells their child they are the best player out there at age eleven, what motivation does the child have to work hard and improve? We know it takes hard work and grit to succeed. If I’m already the best (Dad told me!) why do I need to work at my game?

Conversely, if a parent keeps telling their child how much better other kids are, that can destroy a child’s motivation as well. If your young player loves (or even likes) the game, let them work hard and progress at their own pace even if their current skill level is low.

Have you ever said, or maybe heard someone else say, “Why can’t you shoot like Tommy?” or “Sheldon is a much better ball handler than you.” These types of comparison statements are irrelevant and hurtful to player development. So what if Tommy is a better shooter or Sheldon is a better ball handler? Will knowing that make a young player better? No.

The only valid comparison that can be made is with the player themselves. Each player is different and comparisons with other players are not relevant. The goal of player development should be to maximize the talent of that particular player, not to turn the player into a lesser version of someone else.

Comparisons make a young player feel that the work they put in was for nothing. “I’ve gotten better, but Dad still thinks I’m not as good as Sheldon.” We can always find someone better than our child, chasing that goal is never ending. How discouraging for a young player to hear their parent or coach telling them others are better.

The best way to track development is to keep records of where the player is (stats and narratives) and then look back at those records to see the progress the player has made over time. Success is measured by improvement, which comes as a result of practice. The more purposeful and intense the practice the better the results.

Are there players out there that can make more than 25 out of 50? Of course, and compared to those players this player is a “poor shooter”, but compared to themselves just three months ago their shooting percentage has gone up 10%. Should a parent or coach label this player a “poor shooter”, or focus on the gains and the potential for even more improvement in the future?

Parents and coaches, please stop comparing kids to other kids. All players develop at different rates, both physically and in terms of their basketball skills. Put your focus on growth over time. Encourage and reward the hard work and grit it takes to get better. Don’t tell players, “If only you could be like…” Nothing turns a young player off faster and our goal is to turn kids on to the game not off!