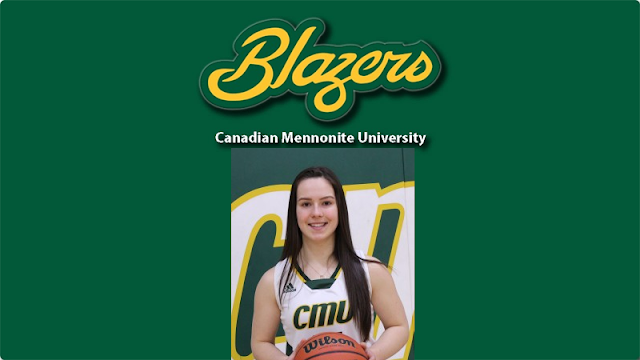 CMU Women's Basketball has announced the commitment of Kildonan East's Aimee Garland for the 2017-18 MCAC and NIAC seasons. The speedy 5'4 point guard averaged more than 18 points per game in her Grade 12 year and led the Reivers to their first KPAC Girls Basketball Zone Banner since 1988. 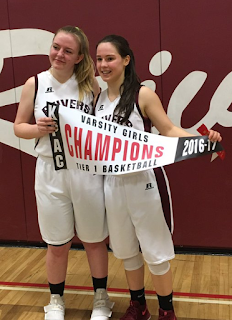 "Aimee was one of the best high school guards in Manitoba this year and we are excited that she has decided to play for CMU," said head coach Joe Di Curzio, "she has the ability to see the court well and deliver great passes to teammates and she is confident to take the ball to the basket off the dribble and hit her shot from outside."

Garland will be representing her high school this week in the annual KPAC All-star Game and received Honourable Mention in the recently released Winnipeg Sun Top Ten Players List. In her Grade 11 season, Garland was recognized by Kildonan East with the Jerry Mackie Award for outstanding leadership by a female athlete. She also received the Leadership Award at the Java-Jam Tournament at Brandon's Crocus Plains High School.

In Grade 10, Garland was selected to the Manitoba High School's 'AAAA' Junior Varsity Girls Provincial All-Star Team and in the summer of 2016, Garland was the only Manitoban selected to the Swoosh Canada touring team, travelling into the western US for competitions at the 17u level.