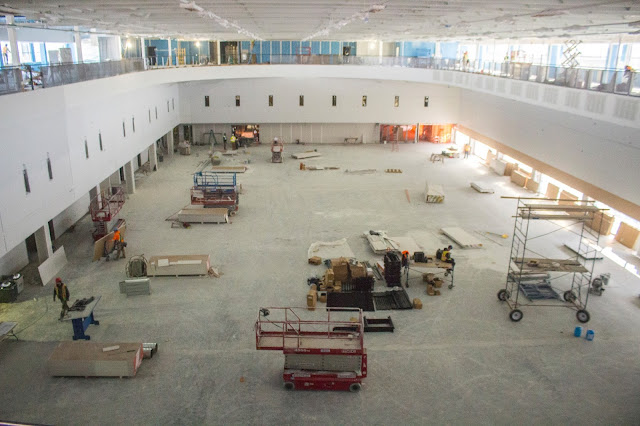 Sport Manitoba has released a number of recent photos to illustrate the progress thus far of the Canada Games Sport for Life Centre that is currently being built at 145 Pacific Avenue in Winnipeg's Exchange District.  The new centre will boast 3 full FIBA sized basketball courts with a total of 14 square glass backboards.  There are track and flex spaces on the sides and upper levels for additional training usage.  The new gym will be used later this summer during the 2017 Canada Games along with the University of Winnipeg Duckworth Centre.  Basketball will have a large presence in the new facility with use by the Manitoba Provincial Team and Centre for Performance programs, basketball camps, tournaments and league play by the Winnipeg Minor Basketball Association.  The construction is expected to be completed for early summer.

See the exclusive photos on the progress on the Sport Manitoba Facebook page at...