NOMINATION EXTENDED:  Nominations for Sport Manitoba's Night of Champions has been extended to Tuesday, February 14. Please note some recent changes to the nomination categories.

Open Athlete (replacing Adult Athlete)
Athletes competing in an open category regardless of their status, age, ability or other categorization. An athlete may only be nominated in Open OR Junior category.

Junior Athlete (replacing Youth Athlete)
Athletes competing in a Junior or equivalent closed category. An athlete may only be nominated in Open OR Junior category.

These changes were made upon further discussion with the Manitoba Sportswriters and Sportscasters Association who are now partnering with this event.

Those PSOs who have already submitted nominations within the previous category designations will be contacted to ensure their nominee is recognized accordingly.

Nominate.  Recognize.  Celebrate!  Basketball Manitoba is seeking feedback from the basketball community on worthy candidates to nominate for the 2017 Sport Manitoba Awards and Coaching Manitoba Impact Awards.  If you have an individual player or coach or a team you feel worthy of this recognition, please share this with Adam Wedlake at Basketball Manitoba.  We will then assist with the nomination process 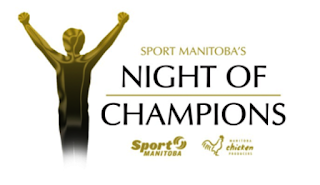 Coaches are celebrated for their achievements through the Coaching Manitoba IMPACT Awards.  Finalists from these awards are forwarded on for consideration for the IMPACT Coach of the Year Award presented at Sport Manitoba's Night of Champions presented by Manitoba Chicken.

Manitoba is rich with countless remarkable sport people of all ages with amazing stories of success, service and dedication. We have young individual athletes and teams garnering national and international attention for their athletic abilities, volunteers of all ages dedicating their time to ensure a brighter, stronger sport system in Manitoba, officials who guarantee decorum and fair play, and coaches who lead, develop, and mentor Manitobans who participate in sport.

For the past 30 years, Sport Manitoba has been selecting the top youth athletes in the province. For the past 60 years, the MSSA has selected the top athletes (all ages) in Manitoba. These awards have been presented at separate events. This year, for the first time, Sport Manitoba and the Manitoba Sportswriters and Sportscasters will partner to celebrate the best in sport in Manitoba.

Tickets for each event go on sale February 22 for the April 22 event.