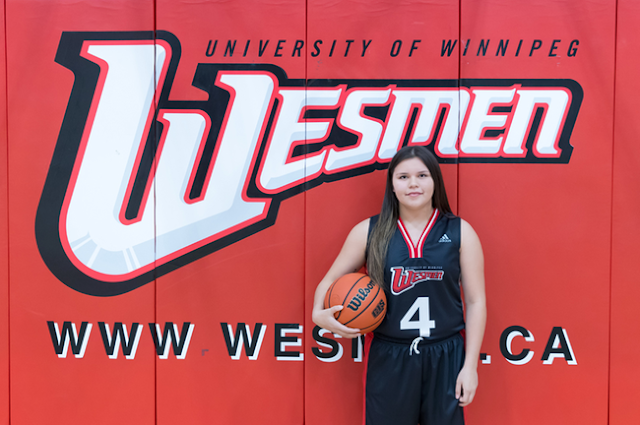 Boulanger a 5’6” guard averaged 27 points, 10 assists, eight rebounds and five steals per game last season for the University of Winnipeg Collegiate. She played a vital part in leading the team to the final game of the Provincial AAA High School Championships. Boulanger was named an All-Star at the Provincial Championships and was also named to the All-Manitoba Team for Varsity Girls’ Basketball in the Province. 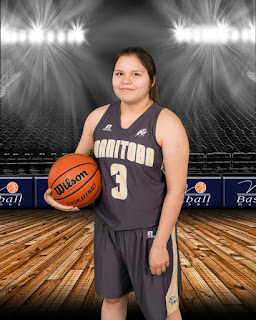 Full Name: Robyn Boulanger
Team Position: Guard
Hometown: Winnipeg, MB
Present Grade: Grade 11
Years in Basketball: 7 years.
School: U of W Collegiate
Basketball Club: Centre for Performance
Favourite Player & Team: Shoni Schimmel - Golden State Warriors
Summer Goals: Win Gold at Nationals.
Fondest Memory in Basketball: Making it to the gold medal game last year.
Biggest Basketball Influence: My sisters.
After High School: I would like to attend University or college to play basketball and study criminology.
Basketball Aspirations: I would like to have the opportunity to be a student athlete with the potential to play CIS or NCAA obtaining my education.
When Basketball Career is Over:I would like to be a RCMP officer so I can be engaged in our community.

“We are very pleased Robyn has committed to our Wesmen Women’s Basketball Program early in her Grade 12 year.  We have worked with Robyn individually on her game since she was in Grade 9 here at the University of Winnipeg. Joining our program will be a smooth transition for her. Robyn is an outstanding guard with a great Basketball IQ, very good handle and a touch to score at any range.  She will make an immediate impact with our program”, said Tanya McKay, head coach University of Winnipeg Wesmen Women’s Basketball Program.

She has played for the U15 and U17 Manitoba Girl's Provincial team that competed at the National Championships over the past four summers. Currently she is a member of the 2017 Manitoba NAIG (North American Indigenous Games) team that will compete at the 2017 Summer NAIG Games taking place in Toronto in July. She is currently a member of Basketball Canada’s Centre of Performance representing Manitoba. 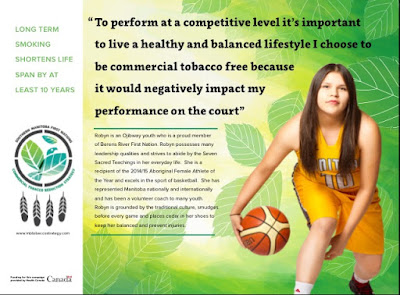 Boulanger will officially sign her letter of intent this Saturday during halftime of the Wesmen vs UNBC Women’s game. Tipoff is scheduled for 5:00 p.m.

Robyn was also featured in an anti-smoking campaign by the Southern Manitoba First Nations Commercial Tobacco Reduction Strategy and was named a recipient of the Women to Watch Grant from Sport Manitoba.


The first time I saw Robyn play basketball was when she was 10 years old. I was at a Collegiate Wesmen game that her sister was playing in (Raven Boulanger – also a Model School graduate) and Robyn was there with her family.  As soon as halftime started, Robyn was out on the court playing ball and shooting baskets.  She was better than most of the high school players on the court!  It was clear to me that basketball was a passion and that we would be seeing more of her skills in the years to come - she lives by the motto “ball is life”.

“We were very happy when she joined us at the Collegiate Model School in grade 9 and it has been a pleasure getting to know her over the past four years. She is an extremely dedicated, hard-working, polite, and reliable young woman and a conscientious student. She is also an ideal role model for youth in the community and a great example of what young people can achieve when they focus on their goals.  We know that Robyn will be a great addition to the Wesmen Team and the University of Winnipeg is very proud of her. I look forward to seeing her on the court alongside her sister Skylar (also a Model School graduate) and the rest of the Wesmen Woman’s Basketball Team. Go Wesmen”.

“Robyn is one of the most dedicated players I have coached. She is a gifted ball handler with an impressive shooting ability. She lives in the gym and is always working to improve her game. Robyn is a great role model for her team on and off the court. She is unselfish, hardworking and committed, truly a coach’s dream”.

READ: Robyn Boulanger: The Next One by Scott Taylor