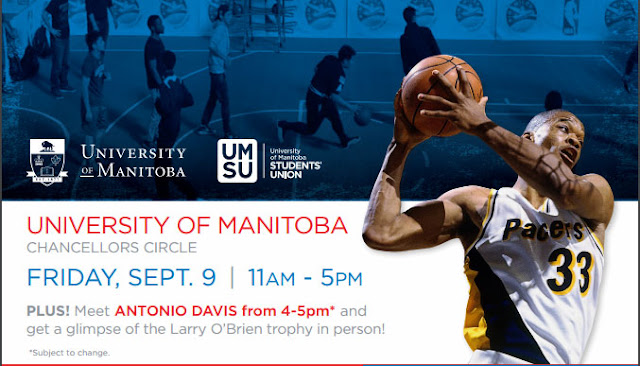 NBA Canada has announced their NBA Campus Tour, presented by the Air Miles Reward Program will be in Winnipeg on Friday September 9 at the University of Manitoba Campus.  They invite you to 'Shoot Some Hoops' at the University of Manitoba (in front of the Fitzgerald / Pharmacy building) on Friday, September 9 from 11:00 am - 5:00 pm.  Meet NBA Legend Antonio Davis from 4:00 - 5:00 pm and get a glimpse of the Larry O’Brien trophy!

Antonio Davis had 13 seasons in the NBA, suiting up for the Indiana Pacers, New York Knicks, Chicago Bulls and Toronto Raptors.  Read more... 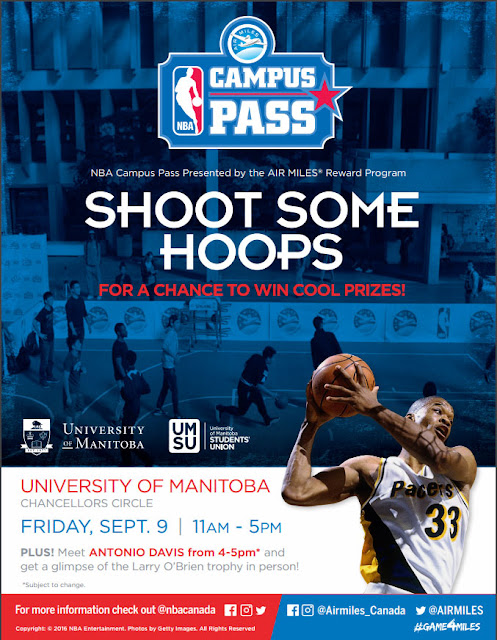