15U and 17U Canada Basketball Male National Championship - Day 2 Recap 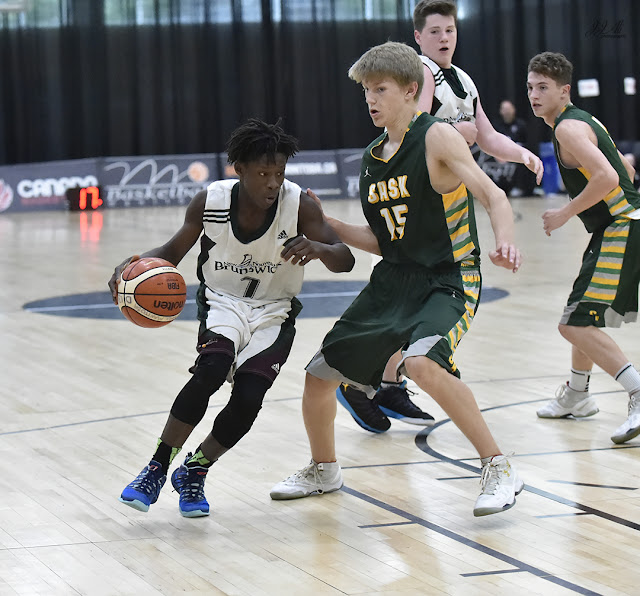 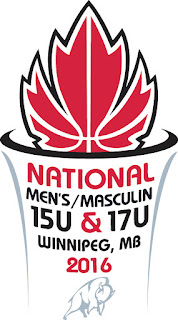 Continuing onto Day 3, British Columbia will play host team Manitoba at 1:30pm, Ontario competes against Quebec at 3:45pm, Nova Scotia versus Territories at 6:00pm, and Alberta plays Prince Edward Island. All 15U games will be played in True North RecPlex court on Day 3.

For Pool A, Nova Scotia won the battle against Quebec. For the first three quarters, it was a close game with a less than 10 point difference. Nova Scotia had 86 and Quebec 78 with only 5 minutes left in the fourth quarter. Nova Scotia continued with their lead and won by 6 points. Final score was 96 to 90.
Leading scorers for Nova Scotia were Eli Kraushar with 24; Chase Tynes, 22; and Andrew Milner, 17. Leading scorers for Quebec were Ja’Shonté Wright-McLeish with 22 and Leonardo De Connick, 15. Top rebounders for Nova Scotia were Chase Tynes with 14 and Eli Kraushar with 10. Top rebounders for Quebec were Anthony Felisma with 9 and Ja’Shonté Wright-McLeish, 8. Nova Scotia had 13 assists, while Quebec had 17.

Continuing onto Day 3, British Columbia will play Ontario at 1:30pm, Alberta battles Prince Edward Island at 3:45pm, New Brunswick takes on Newfoundland at 6:00pm, and Saskatchewan play Territories at 8:15pm. All 17U games will be played in the Duckworth Centre court on Day 3.