PUBLISHED ON May 31, 2016 Commitments, Headlines, Wesmen, 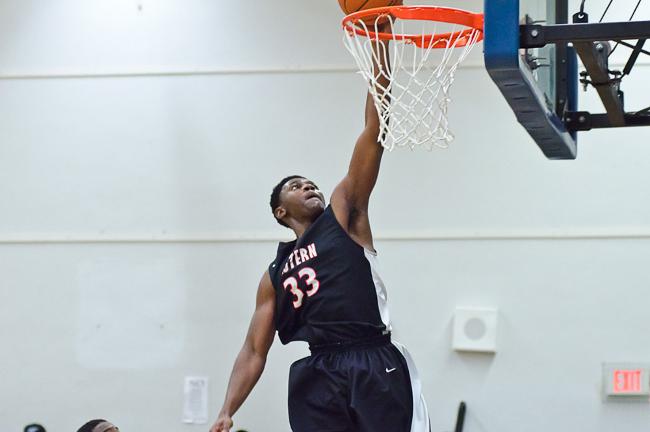 “We are happy to welcome Narcisse to the University of Winnipeg.  His combination of size, strength, and athleticism should provide an immediate impact on our team.  We are excited about his ability to play multiple guard positions within our system and look forward to having him as a Wesmen”, said Mike Raimbault, Head Coach University of Winnipeg Wesmen Men’s Basketball Program.

Ambanza a 6’3” guard averaged 20.4 points, 4.7 assists, 7.8 rebounds per game in his final season (2014-2015) at Eastern Commerce High School. His team participated in five tournaments and his consistent play led to him being named to three all-star teams while taking home Most Valuable Player honours on two occasions.

“Having coached Narcisse for three years I have watched him grow into the hungry and humble man he is today. He is a consummate workhorse with sneaky athleticism and a high basketball IQ. His move to the next level is a proud moment for both myself and the Eastern Conference family”, added Kevin Jeffers, Head Coach Varsity Boy’s Basketball – Eastern Commerce High School.