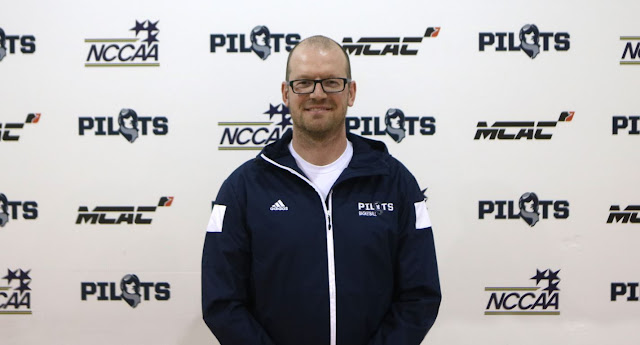 The Providence University Pilots have announced that Tim Friesen has been named as its new men’s basketball coach.

“It feels like I am coming back home again,” remarked Tim Friesen upon the announcement of his appointment on Tuesday. “It will be great to be involved once again with a program that has already added so much to my life.”

Friesen, who also played basketball at Providence, as well as at Brandon University, was head coach of the Otterburne outfit between 2003 and 2006. In 2004 and 2005 he guided the school to Association of Christian College Athletics (ACCA) national championships and in 2005 was named Northern Intercollegiate Athletic Conference (NIAC) Coach of the Year.

He’ll take over a team that progressed to the semi-finals of its National Christian College Athletic Association (NCCAA) regional tournament in February and won eight of 12 games during the Manitoba Colleges Athletic Conference (MCAC) regular season.

“With the solid group of returning players we have, and a great recruiting class, I am excited to build into the lives of the players we have coming this year,” he said.

Since 2013 Friesen has been coaching the varsity boys squad at Steinbach Regional Secondary School, compiling an impressive 45-29 record. He is also a former Director of Athletics (2005-2008) and Assistant Athletic Director (2003-2005) at Providence.

“I am very excited to have Tim join the program again,” exclaimed current Director Scott Masterson. “He brings a wealth of experience, knowledge, and familiarity of Providence with him. He has a proven record of being successful at this level and with this program, and I look forward to seeing the impact he will have on our program.”

The men’s basketball team is running an open ID camp on Saturday May 14 from 2:00 pm – 5:00 pm. Contact info for Tim Friesen is: mens.basketball@prov.ca