The University of Manitoba Bison women's basketball program has announced the commitment of guard Keziah Brothers and guard Brittanie Parisien to the Bisons for the upcoming 2016-17 season.

"It's always nice when you can add players to your program that are the product of hard working local coaches and schools," commented Hynes. "Keziah and Brittanie both share a passion for the game that will allow them to develop in major contributors to our team. We also look forward to adding their competitive nature to our current group of athletes and seeing them grow as people on and off the court!" 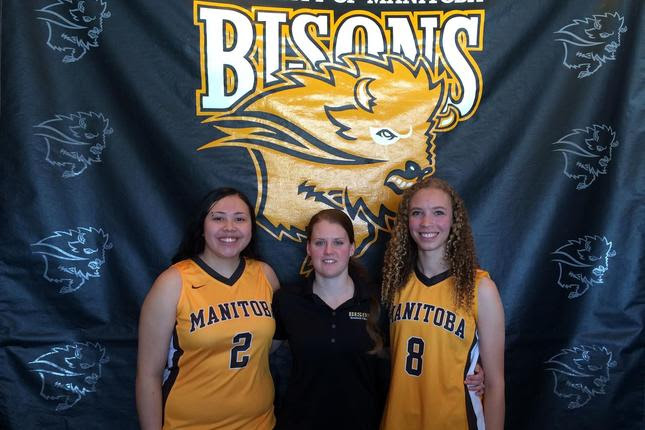 Brothers enthused, "I am very excited to become a Bison. It's a blessing to be able to play the game that I love at the next level and join such an awesome team."

Parisien, 17, completes her high school career at Garden City Collegiate. The 5'9" guard has averaged in her grade 12 season with 15 points per game, nine rebounds per game, six steals per game and three steals per game in 2015-16. The Winnipeg native has been a provincial all-star in 2012-13 and 2013-14 season, tournament all-stars 2012-16 and AAAA All-Manitoba team for 2015-16. She was part of first Garden City JV girls' team to make it to the provincial finals plus first ever Varsity girls' team to win KPAC in over 20 years and being on the very first ever Varsity girls' team to make it to the Final Four. Parisien was co-captain for Garden City in the 2015-16 season and part of the Honour Roll from grade nine-12 (2013-16).

Parisien said, "One of my goals was to continue my basketball career after high school and I'm glad that the University of Manitoba has allowed me to do so. I'm excited to see what the following season has in store for me and the Bison gang." 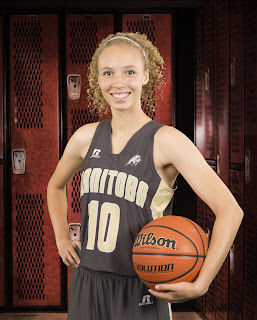 Full Name: Keziah Brothers
Team: 17U Female
Position: Guard
Hometown: Winnipeg
Present Grade: Grade 12
School: Glenlawn Collegiate
Basketball Club:
Summer Goals:  Improve my skills on offence and improve as an all around basketball player.
Years in Basketball: 11 years
Basketball Aspirations: I would like to play competitively after high school and reach my full potential in the game.
Favourite Player & Team: Russell Westbrook
Fondest Memory in Basketball: Playing at the varsity level in grade ten and making it to the Final Four.
Biggest Basketball Influence: My Dad
Biggest Influence in Life: My parents
After High School: I would like to play basketball at the University level.
When Basketball Career is Over: I'd like to give back by helping coach kids with disabilities and help them have fun playing the game I love.