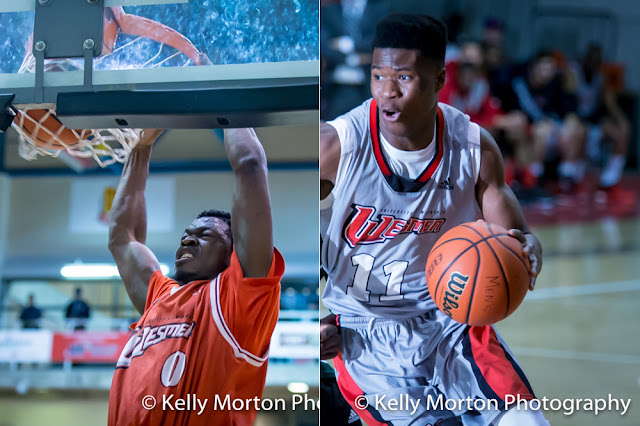 Lynch-Blair finished 9th in conference scoring averaging 17.5 points per game this past season. The 6-4 guard from Toronto, Ontario was a starter in 16 regular season games, finishing fourth in the conference in steals (45) and sixth in assists (3.7 apg). He scored a season high 27 points in an 81-72 home victory over the Saskatchewan Huskies (January 30, 2016). For his efforts that weekend against the Huskies, Lynch-Blair was named the Canada West Men’s First Star of the Week for the period ending January 31, 2016.

“We are happy to see Denzel recognized as a third team all-star this season.  He had some great performances and did a little bit of everything for our team to have a chance at success each night”, said Wesmen Men’s Basketball head coach Mike Raimbault.

Sesay was a starter in 16 of the 19 regular season games he participated in during the 2015-16 season. The 6-3 guard from Oak Park High School averaged 9.7 points and 6.8 rebounds per game. He scored a season high 15 points against the Lethbridge Pronghorns and grabbed 12 rebounds against the Victoria Vikes back on January 22. Sesay finished the season with a pair of double-doubles : 10 points, 10 rebounds at Regina, December 5, 2015 and 10 points, 11 rebounds at Manitoba, February 5, 2016.

“William shouldered a heavy load for us this season and improved with each passing week.  We are excited that he is being recognized for his strong freshman season and look forward to continued growth in the years to come”, added Raimbault