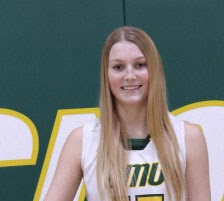 The Women's Basketball Program at Canadian Mennonite University has announced the commitment of Oak Park Raiders forward Kirsten Balness for the 2016-17 season. "Kirsten is a great athlete with excellent basketball skills," says head coach Joe Di Curzio, "she has the versatility that allows her to be an inside player or outside player."

Balness was a member of the 2014 under 16 Manitoba Provincial girls team that finished third in the Western Canadian National Championships. In her grade 12 season with Oak Park, she has been selected Player of the Game in the Garden City Tournament and the North-South Showdown and has shown solid numbers across the board in offensive and defensive statistical categories.

"Kirsten is a terrific rebounder and an excellent finisher around the basket," added Di Curzio, "she comes from a very successful high school program and she will be looked on to become a big contributor for CMU in the coming years." 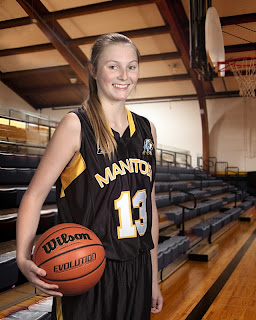 The 5'10 member of the #2 ranked 'AAAA' Girls team in Manitoba is preparing for the 2016 MHSAA Provincials that begins this weekend and will end on Monday, March 21st at University of Manitoba's Investors Group Athletic Centre. Balness and the Raiders will await the winner of (5) Westwood Collegiate and (12) Crocus Plains who meet on Friday night. With a win on Saturday, Oak Park will advance to the 2016 MHSAA Finals Fours where they hope to do one better than last season when the Raiders finished second to the 2015 Champion Sisler Spartans.

CMU Basketball is planning for a major announcement regarding their plans for the 2016-17 season in the coming weeks.