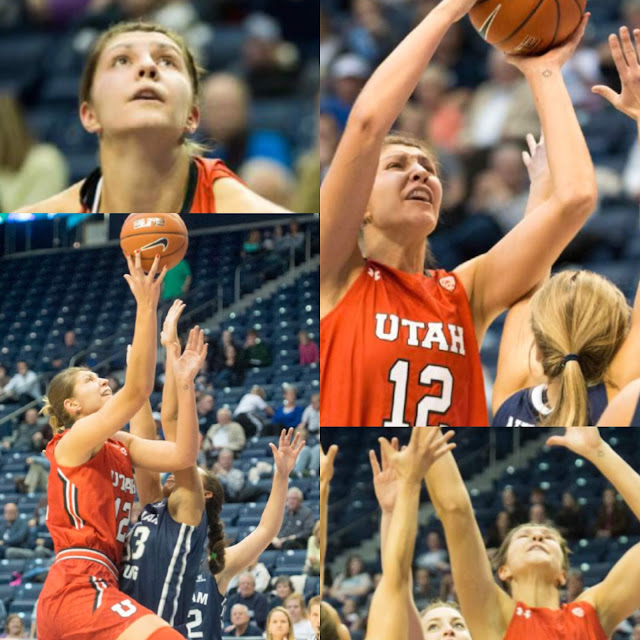 Winnipeg's Emily Potter has been named the Pac-12 Player of the Week in recognition of her outstanding start with the Utah Utes.  She set career highs in both points (28) and rebounds (19) in a convincing 74-58 win over Creighton, leading the Utes to a 1-1 week. She was 11-for-20 (.550) en route to the career high, also dishing out three assists and collecting a pair of blocks. She followed up with a 9-for-14 (.643) performance for 24 points in the 73-59 loss at BYU and also grabbed 17 boards to record a seventh double-double in eight games this season. Potter averaged 26.0 points and 18.0 rebounds over the two games last week, shooting 58.8 percent from the floor (20-for-34).

She is averaging 12.1 rebounds per game this year, which ranks ninth in the NCAA, to go along with 18.9 points per game. It is Potter’s first-career player of the week nod and the fourth all-time for Utah since joining the Conference in 2011-12.