Bobcats Teaming up with Samaritan House to Battle Hunger 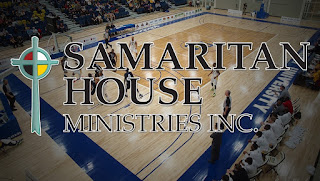 The Brandon University Bobcats have announced a new initiative to lend a helping hand to Samaritan House as part of their home opening basketball games for the 2015-2016 Canada West season.

Samaritan House committee members will be on hand on Friday night to raise awareness on their organization and collect food donations for those less fortunate.

Fans attending the Bobcat games against the Regina Cougars are asked to bring a non-perishable food item to the contest.

Samaritan House families will also be in the crowd at the Healthy Living Centre that night.

"We are excited to welcome Samaritan House to our Healthy Living Centre and we are looking forward to having a successful food drive," said BU Athletic Director Russ Paddock.

Samaritan House is Manitoba's second largest food bank and 50% of the food bank users are children.

"The people are feeling the impact of it and they know Brandon is stepping up and helping them in their hour of need," added Dennis. "It is a great holiday season starting out, we have got enough food in the warehouse to feed people and it goes out as fast as it goes in."

Samaritan House is located at 820 Pacific Avenue and in December members of the Bobcats will be heading down to help fill hampers.

"As the holiday season approaches, it reminds us how fortunate we are and how important it is to give back to our community," added Paddock.