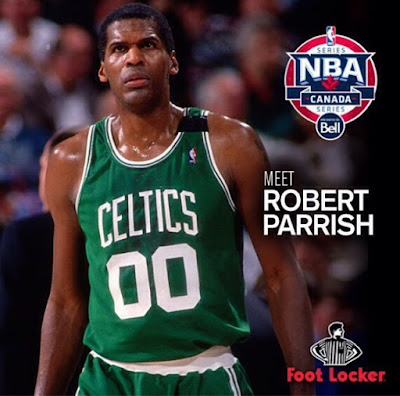 Parish is in town for the NBA pre-season game scheduled for Saturday night at the MTS Centre between the Chicago Bulls and Minnesota Timberwolves.


Robert Parish played in the NBA for a still standing record of 1,611 games over a 21 season career.  He is most remembered with his 14 season with the Boston Celtics along side other legends Larry Bird and Kevin McHale.  He was elected to the Basketball Hall of Fame in 2003 and in 1996, Parish was also named as one of the 50 Greatest Players in NBA History.

He will also be speaking at the Club Regent Event Centre, Saturday at 11:00 am.  More details...