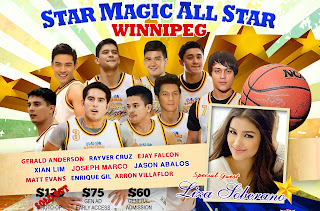 Todd Labelle Promotions has announced that it is bringing ten top celebrities from the Philippine entertainment industry to Winnipeg.  They will join forces for a much anticipated show this October 25th, 2015 at the University of Manitoba Investors Group Athletic Centre.  The show is called "Star Magic All-Star Basketball” Starring Gerald Anderson, Rayver Cruz, Ejay Falcon, Xian Lim, Joseph Marco, Jason Abalos, Matt Evans, Aaron Villaflor  and Enrique Gil with Special Guest Liza Soberano.
These nine top celebrities are also powerful basketball players and are coming to Winnipeg to play and put on an exposition.  The half time show will consist of a mini concert put on by Liza Soberano and some of the boys will perform a dance routine.

Todd Labelle Promotions is proud to work with PBA Winnipeg in creating a pre-tournament August 29th-30th to determine which local team gets an opportunity to play against the All-Stars.  All monies raised at the pre-tournament will go to support PBA Winnipeg.   This is an event that you do not want to miss with an expected audience of approximately 3000 people. 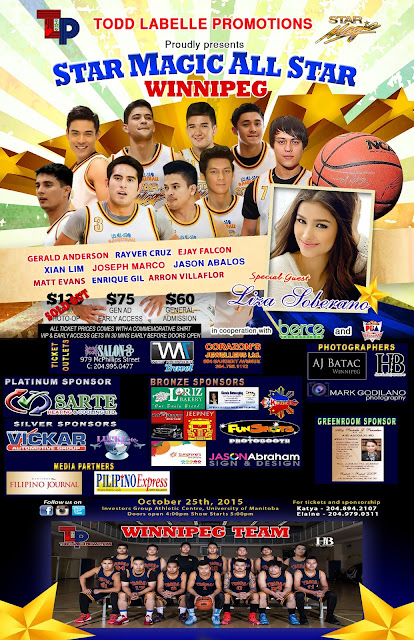 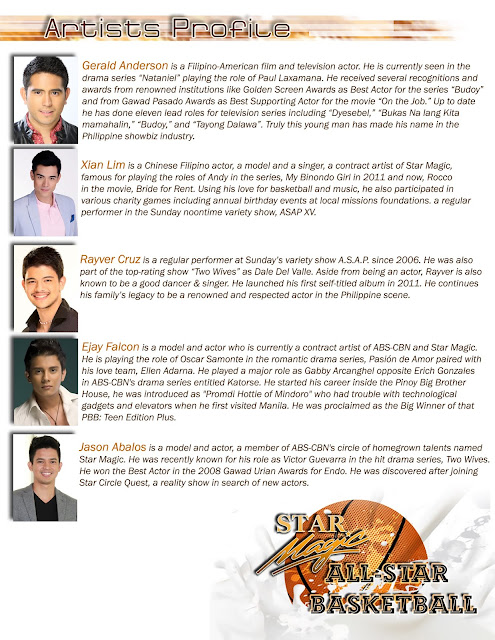 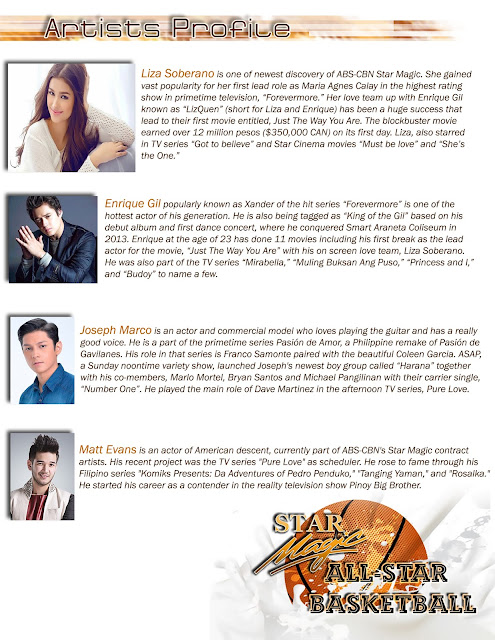