PUBLISHED ON October 10, 2015 Headlines, NBA,
Manitoba Liquor and Lotteries in partnership with NBA Canada have announced details on a special youth leadership event featuring NBA Legend and Hall of Fame Member Robert Parish.  The event will occur on Saturday October 10, 2015 at the Club Regent Event Centre, 1425 Regent Avenue West in Winnipeg at 11:00 am.  The all ages event costs only $12 which includes a lunch.

Robert Parish played in the NBA for a still standing record of 1,611 games over a 21 season career.  He is most remembered with his 14 season with the Boston Celtics along side other legends Larry Bird and Kevin McHale.  He was elected to the Basketball Hall of Fame in 2003 and in 1996, Parish was also named as one of the 50 Greatest Players in NBA History.

Tickets can now be purchased through Ticketmaster. 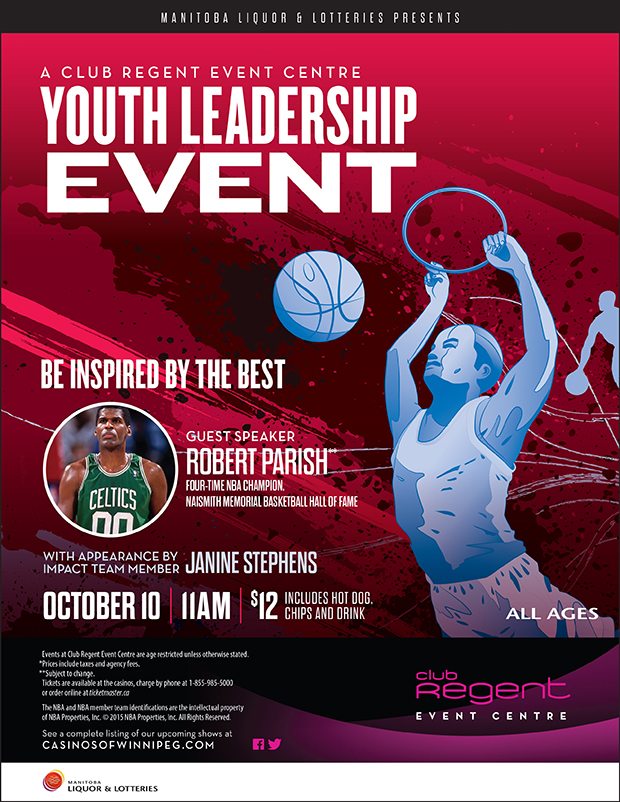