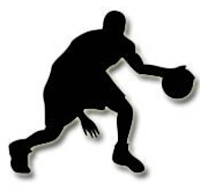 UPDATED: The Attack Basketball Club has announced details on its upcoming tryouts for the 2015-16 season.  Details include...


*** TRYOUTS ARE OPEN TO ALL YOUTH AROUND THE CITY ***
Tryout Notes:
• Tryouts are $15/ player (cash or cheque only – receipt will be issued upon registration)
• Please come in advance of tryout times to allow time for registration.
Team Details:
• 12 & Under
o Players born between 2003-2004

Additional Details:
• Approximately 12 players will be selected for each team.
• Teams will have 1 to 2 practices per week
• Teams will have 1 game per week.
• Additional information (ie. Participant costs, tournaments and schedule) will be confirmed and communicated after try out dates.
• Email info@attackbball.ca or call 204-997-4700 for more information.

*** Attack Basketball will also be offering a Youth Skill Development Program that will run year round.  The Program will consist of a fall session and a winter session.  More details coming soon ***

Coach Profile:
Sukhvir (Suk) Singh, Head Coach
Sukhvir is currently the lead Assistant Coach at the University of Manitoba Men’s Basketball team. Suk arrives at the Bisons program after leading the Red River Rebels Men’s basketball team to 7 consecutive MCAC Championships as Head Coach. While coaching at Red River, Suk was also an Assistant Coach with U17 Team Manitoba in 2012 and 2013 – both teams won a silver medal with the 2013 2nd place finish coming at the Canada Games.

Prior to coaching, Suk had an outstanding career on the basketball court. Suk was a 5 year starting PG for the University of Winnipeg. In his 4th and 5th year, Suk was selected to the 1st team Can West All Star team while being selected to the 2nd team Can West All Star team in his 2nd and 3rd years. Suk also received honours as the University of Winnipeg’s Male Athlete of the Year in his 4th and 5th year. Prior to starring at the collegiate level, Suk was #1 ranked player in the annual Winnipeg Sun coaches’ poll.

More information is at... http://attackbball.ca